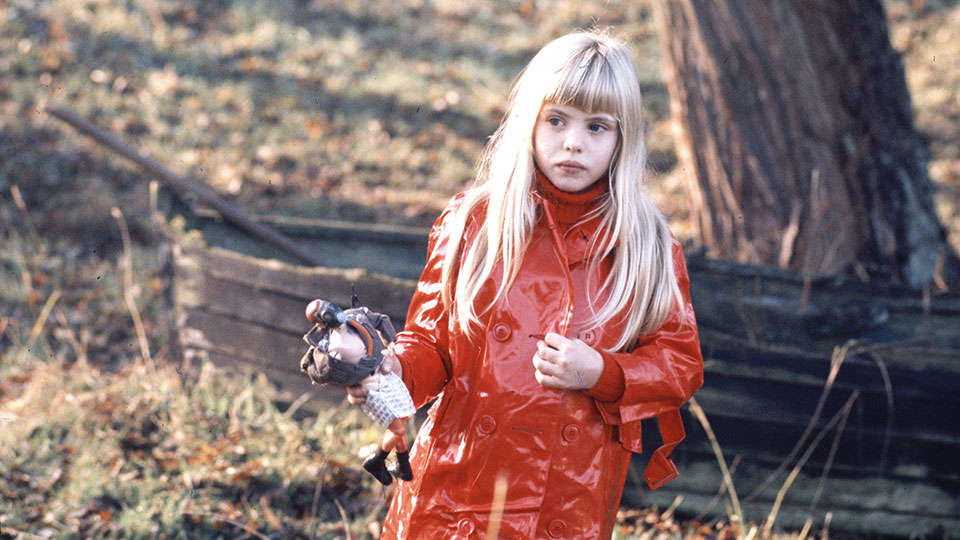 The film will return to cinemas on 5th July ahead of a DVD and Blu-ray release on 29th July (available to pre-order now), which will include previously unseen extras material and newly commissioned artwork by illustrator Jeremy Enecio.

On a cold, bright autumn day in Suffolk, England, a little girl in a red mackintosh drowns in a pond – the daughter of John (Donald Sutherland) and Laura Baxter (Julie Christie). Trying to recover from the tragedy, the couple arrive in Venice, Italy, where John has been commissioned to restore a church. In the eerie atmosphere of the lagoon city in winter, they encounter two strange sisters. Laura is suddenly released from her grief when one of them, a blind psychic, tells her that she is in contact with her dead daughter. Angered and sceptical, John carries on with his work, but witnesses an unsettling vision of his own: a little girl in a red mackintosh disappearing into the Venetian alleys.

As a wave of killings haunts the city, Laura returns to England to visit their son after an accident at his school. But the premonitions don’t stop: John suffers a near-fatal accident high on the church scaffolding, and then he glimpses his wife, supposedly hundreds of miles away, on a private launch flanked by the two mysterious sisters. The local police are intrigued by and even sympathetic to his story, but cannot help. As Venice and his fate closes in on John, illusion, reality and sudden terror spiral the story to its grotesque climax, as the design in director Nicolas Roeg’s mosaic becomes unforgettably clear.

The film was shot in both the UK and Italy, with English cinematographer Tony Richmond and Italian composer Pino Donaggio. Richmond has since overseen the new 4k restoration.

Richmond said of the restoration: “It was very exciting to come over to London to Color Correct the restoration of Don’t Look Now. The important thing for me was to make it look like the original print. I think with the help of Silver Salt Restoration and colorist Steve Bearman we have succeeded in doing that. For me personally it’s incredible that having shot it in 1973 it’s being released in the cinema again in Dolby Vision. Don’t Look Now is as strong and haunting now as it was when it was first released.”

Julie Christie said of the film’s re-release in cinemas: “Venice was a magical place to film, even waiting hours for the next shot was exciting because the surroundings were so mysterious and sensual. My dear Nic, Tony Richmond and myself were old friends from previous films and always had a lark whenever we worked together. Of course, I didn’t know what was in Nic’s mind when he was creating the film but when I did see it I was amazed at his extraordinary creations. A very precious time of my life.”

For the 2019 restoration STUDIOCANAL went back to the original camera negative which was scanned at 4K resolution in 16bit and created the following: 4K DCP, UHD version and a new HD version which were produced with the same high technological standards as today’s biggest international film releases.

The restoration and new UHD version was colour graded and approved in London at Silversalt by the BAFTA Award-winning cinematographer, Anthony B Richmond.

Special features on the 4K Collector’s Edition contains 4 discs include:

All formats include the following special features:

In this article:Don't Look Now