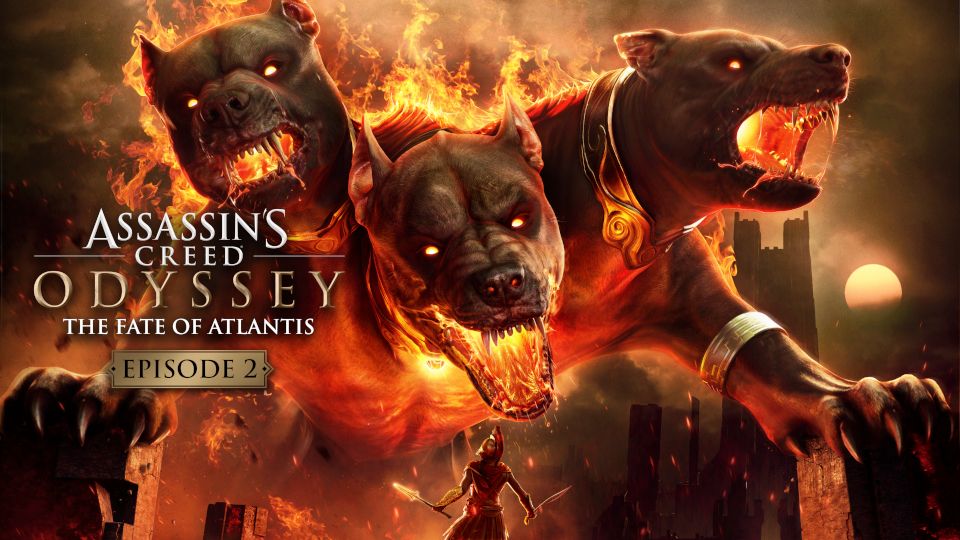 The second episode of Fate of Atlantis, Torment of Hades, for Assassin’s Creed Odyssey is available now for PS4, Xbox One and PC.

As the name suggests the episode will be set in the Underworld of Hades, a vast gloomy expanse filled with the wandering dead and ruled over by Hades himself. As the story unfolds, players will come face-to-face with the ghosts of their past and continue their journey in mastering the Staff of Hermes. In order to escape the afterlife, players will have to help the dead find their rightful resting place and settle the debt that Hades demands.

You can view the Torment of Hades trailer below:

This episode will introduce three new ability enhancements including:

In order to play Torment of Hades, players will have two different options:

Following the main game, players will have to complete the questline Between Two Worlds, the mythological main game story arc, and the Lost Tales of Greece questline Heir of Memories that is available after completing the former questline. Finally, they must have reached character level 28 or above.

Players who do not fulfil all the above conditions will be able to use a shortcut created specifically for them. Thanks to this shortcut, players will enter Greece at level 52 with pre-set abilities and resources, enabling them to start their adventure into the afterlife with Heir of Memories. They will also have the opportunity to choose their hero. However, contrary to the previous option, player progression using the shortcut will not carry over to the main game save, and they will not be able to obtain achievements.

You can view some Torment of Hades Screenshots in our gallery below:

Advertisement. Scroll to continue reading.
In this article:Assassin's Creed Odyssey, Fate of Atlantis, PC, PS4, Torment of Hades, Xbox One