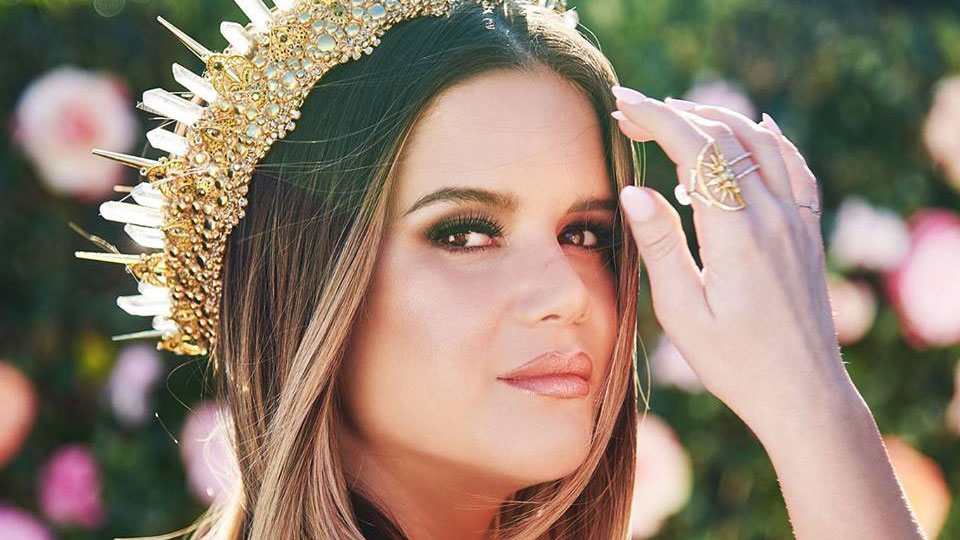 Watching Maren Morris‘ rise to fame has been quite something to witness. After releasing three studio albums as an independent artist, starting in 2005, Morris finally got her breakthrough 11 years later when she signed with Columbia Nashville and released My Church, which went 2x Platinum. Her major label debut album Hero topped the US Country charts and to date has been certified Gold. Her third single from the record, I Could Use a Love Song, became her first number one single to date and set the stage for her huge crossover success as part of The Middle with Zedd and Grey. Her latest album Girl gave her another number one and last night she pulled into London’s Royal Albert Hall for the final night of the UK leg of the GIRL World Tour.

Opening the show with the title track from Girl, Morris emerged on the top of a set of stairs armed with her electric guitar. The powerful lyrics and message of the song have struck a chord with fans around the world, especially as Morris is one of a handful of female artists that has managed to find radio support in a very male-dominated industry. Looking relaxed and exuding confidence, Morris worked her way to the front of the stage and she delivered a set list that included all but one of the songs from Girl and some favourites from Hero.

The Feels showcased Morris’ knack for knowing a strong Country-pop melody, while 80s Mercedes kicked off a huge sing-a-long inside the iconic Royal Albert Hall. A Song For Everything, one of the strongest songs on Girl, was greeted with huge cheers and Morris stripped things back for the gorgeous and honest To Hell and Back. The tempo was raised straight after for All My Favourite People, which featured Morris’ support act RaeLynn in place of Brothers Osbourne. That song is a fan favourite and hearing it live was really something quite special. Future single anyone?

I Could Use a Love Song was another moment where the crowd sang every single word and it led nicely into a surprise performance of Seeing Blind with One Direction’s Niall Horan. When Horan walked onto the stage, the screams were deafening and it definitely one of the night’s highlights. Elsewhere in the set Good Woman sounded gorgeous with a live string section, The Bones sent shivers down my spine and the R&B infused RSVP sounded like it could be another crossover smash for Morris.

Entering into the final part of the night Morris brought out Hero singles Rich and My Church, both of which sent the crowd crazy, before returning to the stage for an encore that included Girl closing track Shade and ended with the huge hit The Middle. It was the perfect note to end the night on and it was a reminder that Morris refuses to be pigeon-holed into one genre.

I realised part way through the show that it was the fifth time I’ve seen Morris live. I remembered back to 2016 when she performed two songs on the Satellite Stage at C2C: Country and Country and I was blown away by her voice. Last night she sounded vocally the best I’ve ever heard her. Morris’ confidence and stage presence have rocketed and she really showcased last night why she’s leading the new wave of female artists that are breaking through at radio and refusing to be silenced.

Last night was a big moment for Morris but it was also a huge moment for her fans. In three years she’s gone from the Satellite Stage at C2C to headlining the Royal Albert Hall, which is pretty incredible. It goes to show not only the growth of Country music in the UK but also that hard work and effort pays off. The GIRL World Tour was Morris’ best tour yet and coming so close to her special acoustic shows at the end of 2018, she really managed to spoil us fans. After putting on such an incredible show last night, the sky really is the limit for Maren Morris.