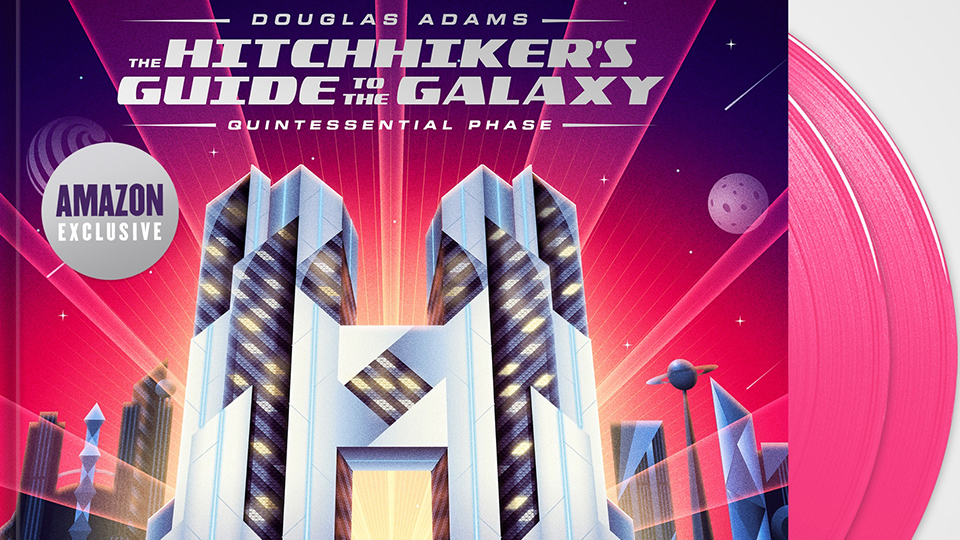 The next four BBC Radio episodes of Douglas Adams’ The Hitchhiker’s Guide to the Galaxy are set to be released on vinyl next month, on Friday 28th June, by the Demon Music Group. This follows in the footsteps of the successful release of the first four phases on vinyl earlier this year.

The Quintessential Phase vinyl (episodes 23 – 26) is available to pre-order now from Amazon. The Amazon UK Exclusive Edition includes a print signed by Arthur Dent himself, actor Simon Jones, though this is strictly limited to 500 copies.

The brand new first-time vinyl edition of The Hitchhiker’s Guide to the Galaxy: Quintessential Phase comes on heavyweight pink vinyl, packaged in the lavish style of the preceding LP releases.