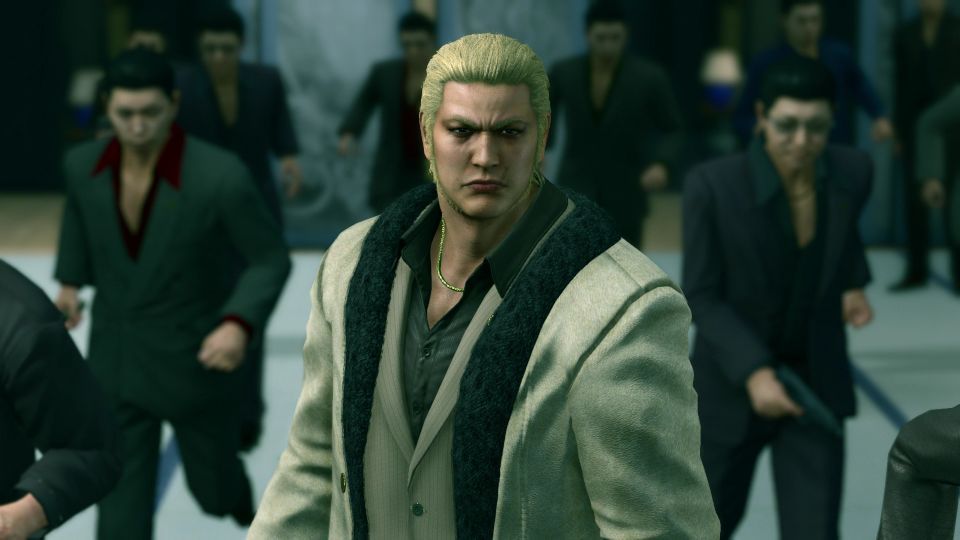 It seems you can’t even go a month without some form of Yakuza announcement, something I am completely okay with. It’s a series that is starting to get the recognition it deserves. Hopefully, Yakuza Kiwami 2 can offer up another great slice of Japanese mayhem.

After the hectic events in the previous game, Kiryu and Haruka are enjoying a peaceful life. This comes to a sudden halt when the chairman of the Tojo clan approaches him asking for aid in forming a truce with their rivals, the Omi Alliance. Seeing this as an opportunity to stop hiding and make his life with Haruka safe forever, he agrees but the duo is ambushed, leaving Kiryu as the sole negotiator. His plans are made ever so difficult by Ryuji Goda, heir to the Omi Alliance. He wants control and relishes in war but during the meeting they are both arrested. Detective Kayou Sayama is in charge of the arrest and makes a deal with Kiryu, help her with information about her missing parents and she’ll provide information on the Omi Alliance. The Omi learn of this and put a bounty on both of their heads.

Honestly, I always felt this to be the weakest story in the series. Most fans would say the third game is but this seemed a little too reliant on twists and betrayals. Our hero, Kiryu is still the stoic psychopath we all love and the returning cast are awesome as always but the focus on the clans just wasn’t interesting enough to me. The great cast propel you through the plot, provided you played the previous titles (Yakuza 0 and Yakuza Kiwami), as you build up a real bond with these people and despite the plot being a little thin, they keep you going. For those who got through this story, just know the series gets far better as it goes.

Of course it wouldn’t be a Yakuza game without it’s subplots. These side missions are either brief or span several chapters and are almost always entertaining. For those who don’t know, Yakuza is a very serious series and to balance that, it has the craziest side missions you’ll ever play. While the majority of these are played for laughs, some offer useful insights into the world we inhabit. Even though I feel it’s the weakest title, it is still excellent and this remake gets a couple of extra missions to flesh out the story. These do help but are over pretty quickly.

Yakuza Kiwami 2 has a few changes from the original and even that of the first remake. Firstly, it uses the combat system from Yakuza 6, as opposed to Yakuza 0. It’s faster and less clunky, meaning you can run straight into a fight and dance around your foes. You’ll still feel right at home, if you’ve played the other titles though. A nice little addition comes in the form of aid during battle. These context sensitive events happen when you go near a shopkeeper or citizen and they’ll hand you a weapon or join in the fight in some way. These are either hilarious or brutal and always useful. Standard fights are consistently fun through its use of everyday weapons and bone crunching Heat moves and the bosses feel like epic struggles with their difficulty and QTE segments. With a light RPG system revolving around Kiryu’s diet, Yakuza Kiwami 2 keeps the action going at all times.

With this being a Yakuza title, you can expect a plethora of mini-games to break up the tension and these are all incredibly well done and could be their own games. These also directly tie into the various sub-stories, so you are always incentivised to try them out. New to Yakuza Kiwami 2 is the cabaret club from Yakuza 0, complete with its own quest line and the Clan Creator makes its return from Yakuza 6, offering hours of fun.

You can view some Yakuza Kiwami 2 screenshots in our gallery below:

Since, Yakuza Kiwami 2 uses the engine from Yakuza 6, the visuals are far better than the previous remake. Character models and lighting look incredible and the narrow streets are opened up a little more and given a nice bit of clutter to make them feel more real. The biggest bonus is the fluidity of travel. There are no loading screens when entering buildings or getting into fights. This slowed down the other games a little and it’s great to see the remake get this addition. Performance is excellent like the other games, and there are plenty of options in the graphics menu to customise your experience. As before, voice acting and music are brilliant and do an amazing job at keeping you invested.

I played the original PS2 version early last year and replaying this impressed me in many ways. The visuals and gameplay tweaks make it far more enjoyable but the story was still a little weaker than the other games. That being said, if you are looking for awesome combat, a fantastic world and wonderful characters, you can’t go wrong with Yakuza Kiwami 2.

Yakuza Kiwami was reviewed using a digital code supplied by the publisher.