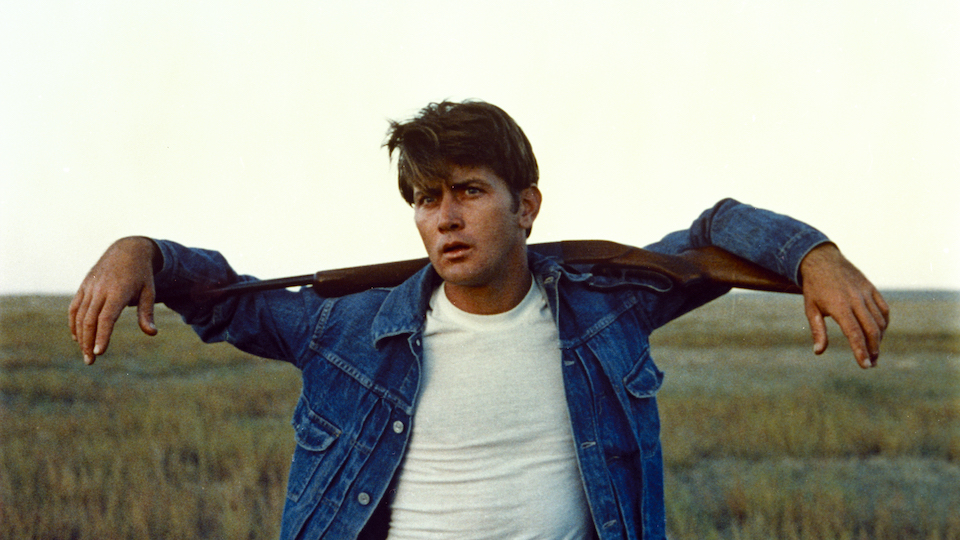 Arguably the greatest debut film ever made, Terrence Malick’s Badlands arrives in the UK this week with a new Blu-ray release courtesy of the Criterion Collection. Gorgeously restored in a new 4K digital print, this ground-breaking retelling of the Charles Starkweather / Caril Ann Fugate murder spree remains one of the most distinctive and influential pieces of American cinema ever made.

Martin Sheen plays Kit, a disaffected 50s youth with southern-gent charm and a psychotic streak a mile wide. He meets lonely schoolgirl Holly (Sissy Spacek) and these two misfits soon fall in love. To paraphrase Bruce Springsteen’s mournful ballad about Starkweather and Fugate, they went for a ride and ten innocent people died.

This could easily have resulted in a shallow exploitation movie, but first-time director Malick, who was not even thirty yet, had far loftier and lyrical ambitions for his film. Badlands introduced us to the thematic and stylistic concerns that would define his career: the painterly compositions, the affectless voice-over, the stunning use of music, the unconventional narrative perspective, moments of transcendental beauty, and of course, the soulful and elegiac tone.

The two central performances from Sheen and Spacek are extraordinary, depicting these two banal, almost emotionless characters. There’s a disturbed edge to both of them, yet it is softened by the undercurrent of charisma and romance they both possess. This is something that Quentin Tarantino would tap into on two occasions with his screenplays for Natural Born Killers and True Romance, which both affectionately and deliberately evoke Badlands.

If you’ve never seen a Terrence Malick film before then this is definitely the place to start. A visually stunning and subversive slice of 70s Hollywood cinema. Thrilling, poetic, and graphically violent. It is distinctively a film set in the 1950s, but feels like it could belong in any time. A breath-taking masterpiece.

This new release from Criterion comes with a solid selection of supplementary material, ported across from the US release. First up is Making Badlands, a 40-minute documentary produced for the Criterion Collection in 2012. This feature about the making of the film comes with terrific, in-depth interviews with Martin Sheen, Sissy Spacek, and Jack Fisk.

Also ported over from the 2012 US Criterion release are interviews with the film’s producer Edward Pressman, and associate editor Billy Weber, who discusses Malick’s approach to editing and narrative.

Here’s one for the true crime fans amongst you – a 1993 episode of a TV show called American Justice, focused on the Starkweather/Fugate murder spree. The disc also comes with the original trailer, and a booklet featuring an essay by filmmaker Michael Almereyda.