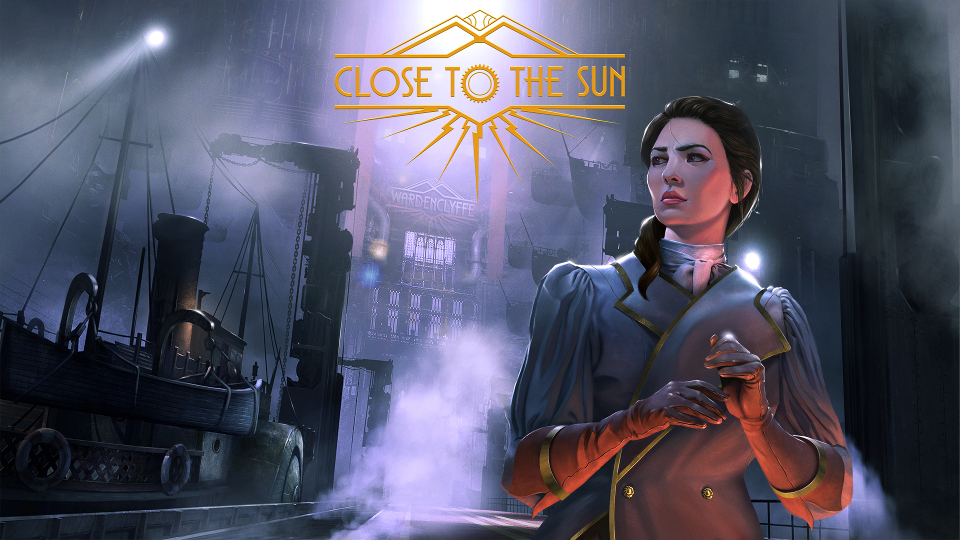 Close to the Sun is a first-person horror game from developer Storm in a Teacup and publisher Wired Production. For this review I’ve been playing the PC release. The game is also due to come to Xbox One and PS4 later in 2019.

The game is inspired by the great inventor and futurist Nikola Tesla and is set in an alternate 1897. It poses the question – what if all Tesla’s inventions had come true? His inventions and rivalry between Thomas Edison are used as the backdrop for the story. Tesla has built a huge ship called the Helios which sails international waters. It’s used for scientific research and has become a haven for the greatest minds due to no restrictions on what they are allowed to do.

Watch the Close to the Sun launch trailer below:

Players take the role of female protagonist, Rose Archer. She’s a journalist who has received a letter from her lost sister Ada. The game begins as Rose finishes her journey and arrives at the Helios. After stepping aboard the magnificent vessel things immediately take a dark turn as you spot the word ‘QUARANTINE’ scrawled across the back of the entrance doors.

It’s impossible to look at Close to the Sun and not immediately think of BioShock, thanks to the gorgeous Art Deco aesthetics. However the game plays rather differently with elements from horror games like Outlast thrown in. Everything is very polished and there’s a staggering amount of detail in the environments. Abandoned rooms are full of nice little touches and clues to what has happened in their past.

The other standout feature is the audio work. Everything from the music to the sound effects and voice acting is incredibly well done. The sound and visuals combine to create an ominous atmosphere that leaves you feeling uneasy. The gruesome scenes of horror all around, as you discover areas littered with maimed and dismembered bodies, make you wonder if you’ll be the next victim.

During your journey you can communicate with Ada and other characters via radio. They help fill in some of the details about what is going on and also help guide you. One of my favourite characters was a guy named Aubrey who requests your help.

There’s no combat in Close to the Sun and I think this was the right decision. Without weapons, Rose always feels vulnerable. There are enemies but you always need to avoid them. There are some light stealth sequences which I would have loved more of. When you do come up against an enemy the only option is to flee.

Fleeing results in a chase sequence where you need to get to a certain safe point. The first few times these happen it’s actually rather thrilling as you literally run for your life. However, they are also the weakest part of the game. That’s because you often have no clue where you need to go and the slightest mistake results in your gruesome death. You can keep trying until you eventually pick the right path but then it becomes more about trial and error than skill or ability. To be fair most of the sequences I got through first time but a couple took a few tries which was frustrating.

One element I really enjoyed were the jump scares. Storm in a Teacup definitely know what they are doing and were careful not to use them too often. It results in you expecting to be scared, nothing happening, then just as you let your guard down something might happen to make you jump. The game adds a heartbeat sound right after that helps invoke a panicky feeling.

The game rarely holds your hand but the communication with other characters and subtle visual clues do help to guide you. The Helios is huge but I rarely got lost for long. It was usually quite obvious where I needed to head next.

At times there are light puzzle elements that you need to solve. Some of these involve tracking down the right keycards to open specific doors. Other require you to explore and find passcodes that can be entered. It helps to keep a pen and paper handy if you easily forget things to save backtracking.

Overall I really enjoyed Close to the Sun. It had me intrigued from the start and the story kept me guessing until the end. At roughly six hours long it’s decent value for money and there’s some replay to be had going back through to find any collectibles that you missed. Horror fans should definitely give it a go.

Close to the Sun was reviewed using a digital code supplied by the publisher.

Advertisement. Scroll to continue reading.
In this article:Close to the Sun, Epic Games Store, PC, Storm in a Teacup, Wired Productions