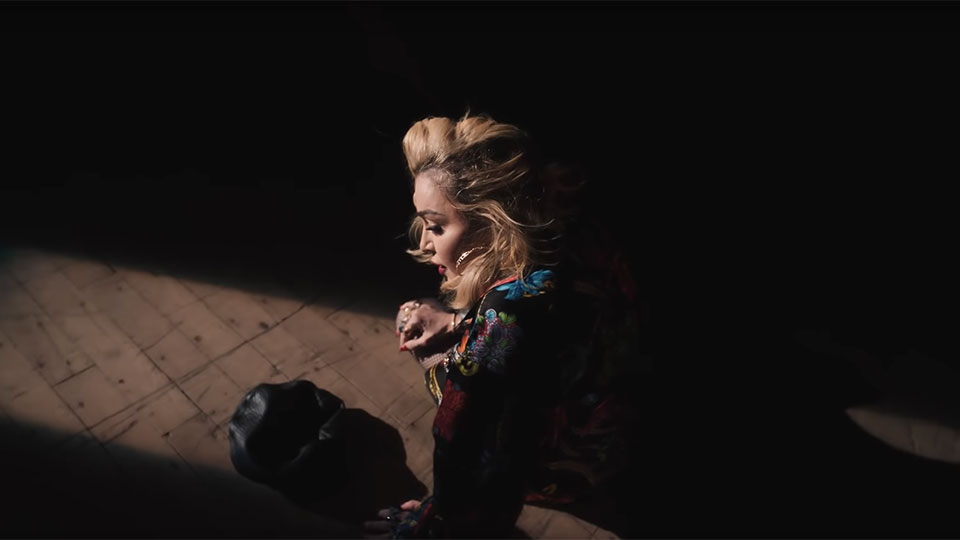 Crave was written by Madonna with Swae Lee and American songwriter, singer and rapper Starrah. Take a listen below:

Produced by Madonna, Billboard and Mike Dean, Crave is yet another completely different sound from the Queen of Pop’s 14th studio album. Whereas Medellín incorporated Latin rhythms and I Rise was an electro-ballad, Crave is an interesting blend of acoustic guitar and hip-hop beats.

The track features a more natural vocal than the other two tracks released from the album, and it reinforces the notion that Madonna has gone for variety with Madame X. It also serves as the second official single from the album.

The new track comes as Madonna has announced an intimate theatre tour in support of Madame X. It will arrive in the UK in 2020 with the exact dates still to be confirmed.

Madame X will be released on 14th June 2019 with a variety of formats and bundles up for grabs. The album is the follow-up to 2015’s Rebel Heart.

Advertisement. Scroll to continue reading.
In this article:Madonna, Swae Lee