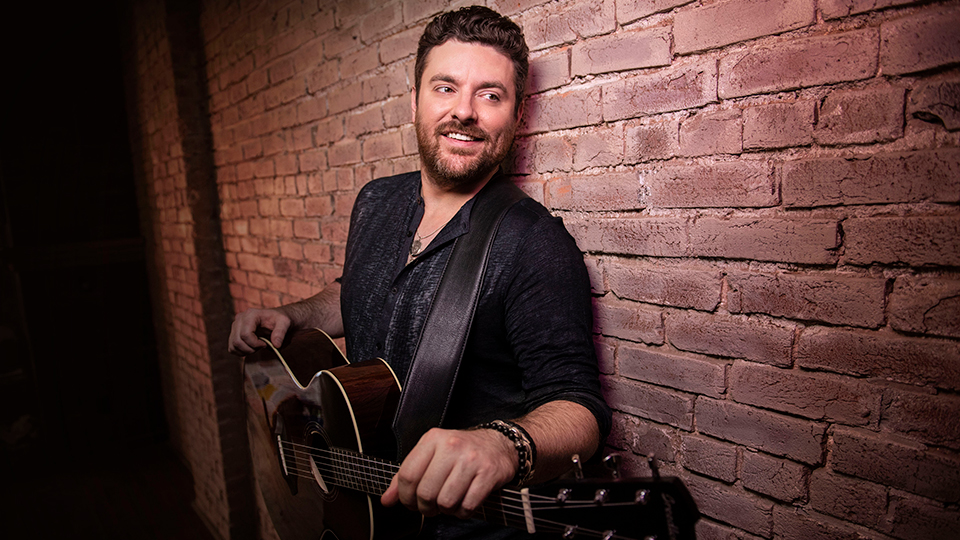 Chris Young is one a handful of Country artists that made touring in the UK a priority before the genre really started to take hold. He’s earned his stripes and worked his way up venue sizes, and the last time he was here he was on the Main Stage at C2C: Country to Country in 2017. Since then he’s released another album – Losing Sleep – and he’s in the process of putting the final touches to his next one. Last night he brought his latest UK headline tour to a close at the Eventim Apollo Hammersmith and it was one hell of a raucous night.

Opening the night with Hangin’ On, Young promised to play right up until the curfew and he stayed true to his word. The London audience was treated to a 22-song set-list, some 4 songs more than he’s played on other nights during this tour. The set list spanned Young’s entire career with a few covers and surprises thrown in for good measure. It’s safe to say no fan left disappointed and there wasn’t a bad song choice in the mix.

I’ve seen a lot of gigs so far this year, and in fact throughout the years, but the one thing I couldn’t help but notice last night was how engaged the audience was. After he finished his fourth song of the night Young joked that the audience should calm down as he was only 4 songs in. The energy level stayed high all night with frequent sing-a-longs, plenty of screaming and huge rounds of applause. Young said at one point that his parents were in the audience and they must have been buzzing off the reaction their son received.

Gettin’ You Home was the first song to get an incredibly raucous reaction but it definitely wasn’t the only song the audience lapped up. Lonely Eyes was greeted with screams as was the fantastic Who I Am With You. Young performed She’s Got This Thing About Her from his 2011 Neon album and he told the audience his keyboard player had learned the song just 20-minutes earlier.

Highlights across the night included current single Raised On Country, a cover of Doug Stone’s I Thought It Was You (dedicated to his mum) and the huge number one single You. I was pleased to see a Country artist cover Garth Brooks and do something other than Friends in Low Places. That song has been done to death so it was a relief when Young launched into Papa Loved Mama.

Vocally Young didn’t miss a beat. He’s a warm and charismatic performer, and that silky yet husky voice he possesses could riff the phone book and it would be worth listening to. Young’s tone is so warm and inviting, and when you add that big smile he flashes frequently into the mix, it’s not hard to see why he’s so popular with Country music fans.

New song Hold My Beer, Watch This upped the tempo before the final three songs – Tomorrow, Text Me Texas (a song requested by the audience) and the rocky tequila-ode Aw Naw. Lindsay Ell reappeared on stage briefly so Young could thank her and she asked the audience to give him a round of applause too.

Chris Young is one of the leading artists in Country music and last night he proved he’s worth the hype. He’s the real deal and he can hold an audience just by opening his mouth to sing. As a vocalist he’s quite possibly the finest male Country star in the industry right now and as an entertainer, he deserves way more credit than he gets. How about giving Young Entertainer of the Year in the future hey? Until then I’ll be counting down the days until Young is back in the UK for more shows because last night was nothing short of fantastic.

In this article:Chris Young, Lindsay Ell