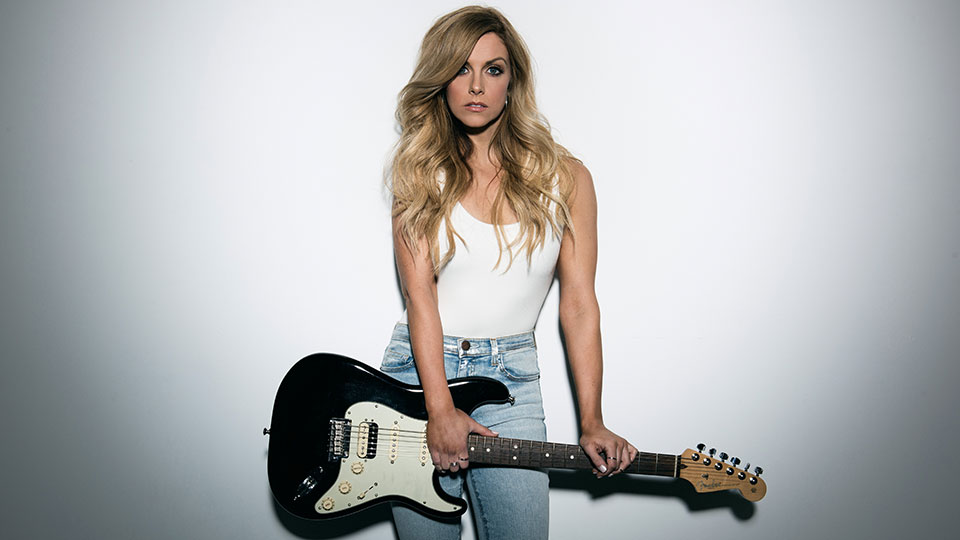 Lindsay Ell has been grafting hard to build herself a fan base here in the UK and the effort is really starting to pay off. She was last in the UK performing during Country Music Week in October 2018 and every time she comes back, she’s greeted with an even bigger audience. The past week she’s been on the road with Chris Young on the UK leg of his world tour and last night, she performed in London for the final night of the tour.

I’ve grown accustomed to seeing Ell playing solo but for this tour she’s brought a full band with her. It was a little adjustment at first but having the band on stage with her actually managed to further up her energy, something I’d previously thought impossible. Ell is always such an energetic and passionate performer, and she really gave her all tonight. The set opened with Wildfire and any concerns I had about the band perhaps overpowering her faded very quickly.

Mostly focusing on her debut album The Project, the set list delivered a series of fan favourites including Mint, which was mashed up with Ain’t No Mountain High Enough, the funky Waiting On You and the album standout Castle. In the midst of the set Ell dismissed her band momentarily so she could perform new track Not Another Me, a song she wrote for a friend who had been dumped. It was a powerful and emotional moment and it was hard not to feel affected by Ell’s gritty and raw vocal.

The band returned after that for a cover of Stevie Wonder’s Signed, Sealed, Delivered before Ell really showcased her vocal chops on the excellent Space. The latter has been a favourite of mine for a while and last night was the best I’ve seen her perform it. For her closing number Ell performed her biggest hit to date, Criminal, ending things on a very high note.

Last night was the third time I’ve seen Ell perform and I think it’s the best I’ve ever seen her. Not only did she showcase her songwriting and vocal talents, she also wowed with her incredible guitar skills. Just when you think you’ve seen her do it all, she throws a curveball and does something jaw-dropping. The audience loved her, I loved her and she warmed us all up very nicely for Chris Young.