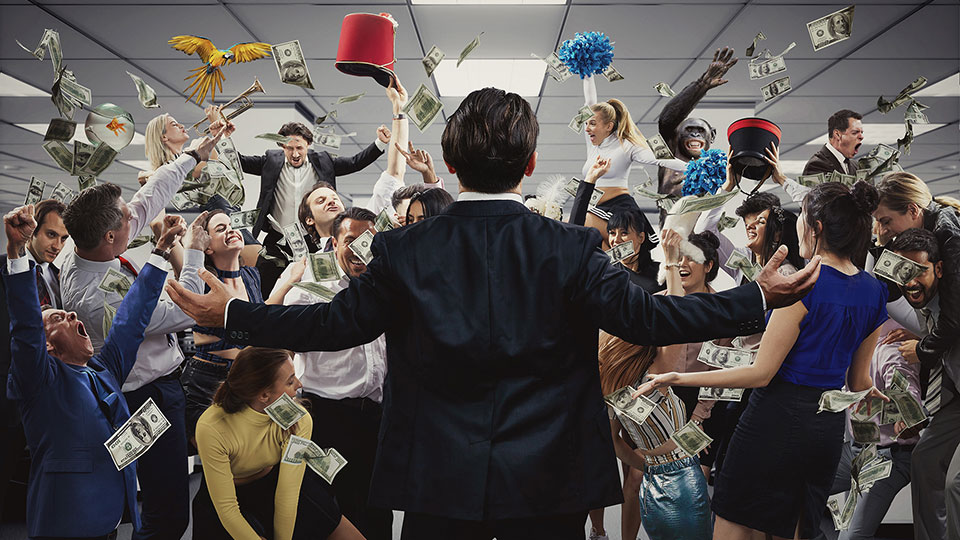 A brand new immersive production of The Wolf of Wall Street, based on the memoir of the infamous 90s New York stockbroker Jordan Belfort, will have its world premiere in Central London from 5th September 2019.

The world premiere production will plunge audiences into a world of greed, power and excess, bringing to life the highs and lows of Jordan Belfort’s millionaire lifestyle in a night of Class A entertainment. The Wolf of Wall Street was previously made into a film by Martin Scorsese and starred Leonardo DiCaprio as Belfort.

Jordan Belfort. Stock-market millionaire at 26. Federal convict at 36. By day he made thousands of dollars a minute. By night he spent it as fast as he could.

Stratton Oakmont is hiring. The FBI is closing in. You’re either with him or you’re against him.

The Wolf of Wall Street is adapted and directed by Alexander Wright (The Great Gatsby). It is presented by Stratton Oakmont Productions Ltd and comes from the minds behind The Great Gatsby – the longest-ever running immersive show in the UK which continues an open-ended run in London Bridge, as well as playing in other cities across Europe.

Louis Hartshorn and Brian Hook of Stratton Oakmont Productions Ltd, said: “The Wolf of Wall Street is a fascinating account of the extremes of capitalism and hedonistic behaviour and how obsession with money can bring humanity to its knees. Creating this show in an immersive format is mind blowing – there’s no better way to tell this story. We’re building a world over four storeys in central London featuring iconic 1990s’ New York, trader schemes and even supercars. You’ll be able to eat in our restaurant, drink in our bars, trade with Jordan, or work for the FBI. Our guests can expect the outrageous, the spectacular and the downright ridiculous.”

Producers Louis Hartshorn and Brian Hook’s current shows also include Dolly Parton’s 9 to 5 The Musical in the West End and Amelie The Musical (UK Tour).

Tickets are now on sale at www.immersivewolf.com. Further casting and venue details will be announced in due course.

Advertisement. Scroll to continue reading.
In this article:The Wolf of Wall Street