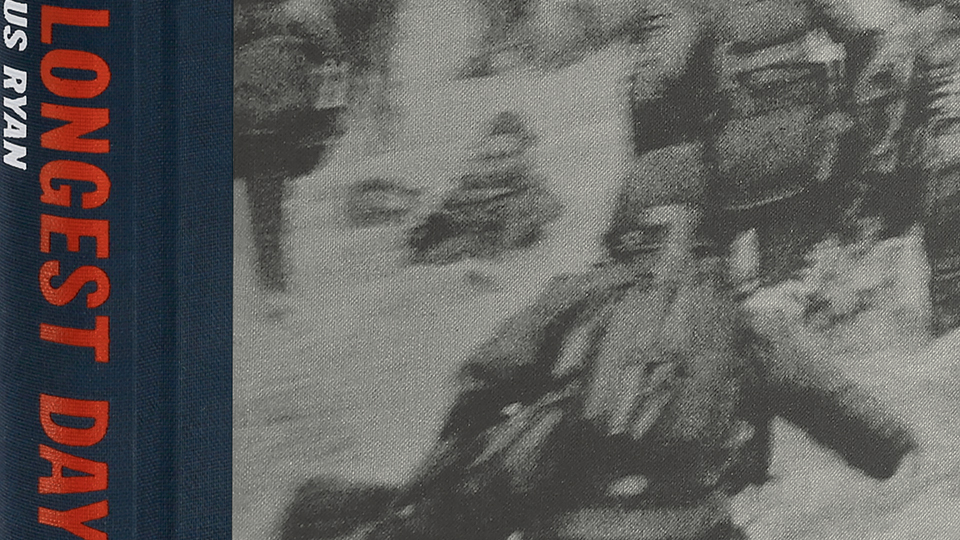 D-Day, the beginning of Operation Overlord and the Allied invasion of Europe, took place on 6 June 1944 during World War Two’s bloody penultimate year. Cornelius Ryan (himself at the heart of the action as Daily Telegraph war correspondent) spent 10 years interviewing over one thousand participants to produce the most famous book ever written about the action.

The Folio Society edition of The Longest Day has been issued as a stirring commemoration for the 75th anniversary of the landings.

D-Day boasted the largest armada the world had ever seen, with nearly 5,000 ships carrying almost a quarter of a million soldiers and sailors. Rather than being a conventional military history, The Longest Day places its emphasis on the people involved: the combatants on both sides and the civilians caught in the middle. Ryan’s engaging narrative ensures that this work remains as accessible and illuminating as when first published in 1959, with the eponymous Oscar-winning® film maintaining the book’s enduring and deserved celebrity.

Introduced by journalist Michael Shapiro, this edition also contains a new afterword (not featured in any previous version of The Longest Day) which combines two articles written by Cornelius Ryan after the book’s original publication.

The scenes and encounters of D-Day are depicted in 44 atmospheric black and white photographs, which are fully integrated with the text. The book’s endpapers show the British army’s original maps of Omaha and Utah Beaches and four new specially commissioned hand-drawn maps depict the landing sites of the paratroopers and the invasion beaches. The striking binding features an iconic image by the legendary Robert Capa, the first photographer to land on Omaha Beach.

In this article:Cornelius Ryan, The Folio Society, The Longest Day, World War Two