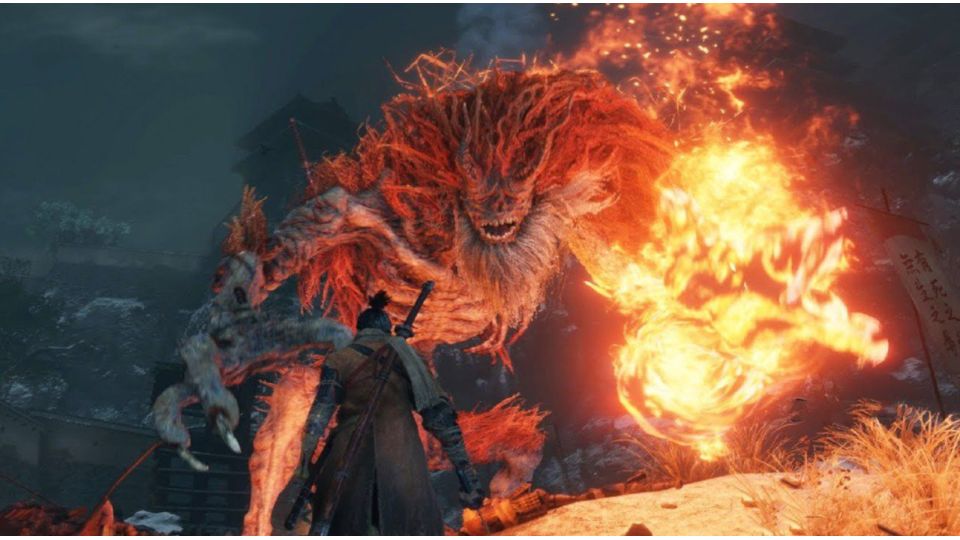 By now I should have posted my review of Sekiro: Shadows Die Twice but I don’t want to post it until I’ve completed it. I’ve put in 55 hours so far and I think that I’m two bosses away from the end. I’ve been two bosses away from the end now for almost 5 hours, I think I might have met my match. I know when my editor reads this he’ll tell me I’m not quitting the game, but perhaps he’ll be merciful and let me have a break!?

I’m not surprised that Sekiro is hard, I’m a Dark Souls veteran, I’m not very good but I’ve managed to slog my way through all of them, but there is one boss that I just can’t seem to get past to the point of despair. The Demon of Hatred has become my nemesis and I’m thinking of farming for XP just to boost my attack power via the Dancing Dragon Mask. Yes, I am prepared to farm 5 levels at a time just for an attack boost.

For anyone who may not have had the pleasure of the Demon of Hatred, you can see the fiery bastard whipping my ass in the video below:

I’ve tried to play Sekiro the honest way before resorting to cheesing the bosses and even that isn’t working. I’ve resorted to YouTube multiple times and it frustrates me how easy people make it seem. Now, I’m sure there are people reading this who are just thinking I should git gud and get on with it, or people that found this boss easy. It just isn’t clicking with me.

The most frustrating thing about this fight is that I know where I’m going wrong, I’m shouting at myself as I play calling out instructions screaming “parry, parry, avoid the stomp” etc. My wife thought I was actually having an argument with someone!

Many of the bosses in the game have caused me issues but nothing like this, I’m almost at the point of throwing the Xbox out of the window and quitting video games forever!