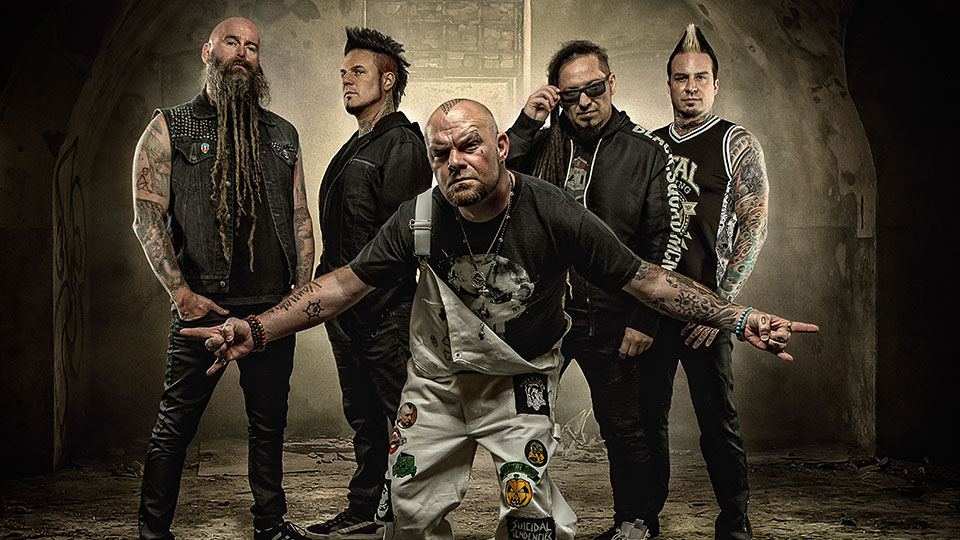 Five Finger Death Punch have put a new spin on Kenny Wayne Shepherd’s classic track Blue on Black with help from Shepherd himself, Queen’s Brian May and Brantley Gilbert.

The track has been recorded and released in support of the Gary Sinise Foundation and supports First Responders who risk their lives trying to save others on a daily basis.

Five Finger Death Punch guitarist Zoltan Bathory states, “To raise awareness for and support First Responders is a cause that’s always been close to our hearts. These brave men and women leave their homes every morning not knowing if they’ll ever see their families again. Yet they make a conscious choice to do so for the greater good. What better way to make a difference than to join forces with some of our friends in country, blues and classic rock who happen to be some of the biggest names in those genres and together celebrate these heroes.”

Gary Sinise, the Golden Globe and Emmy Award winning actor and Founder of the Gary Sinise Foundation expresses his gratitude to the artists saying, “I want to send my thanks to Five Finger Death Punch, Brian May of Queen, Brantley Gilbert and Kenny Wayne Shepherd for their support of The Gary Sinise Foundation and our efforts to give back to our Nation’s First Responders. I’m so grateful to have all of these incredible artists from different genres coming together to support our mission with this great song, “Blue On Black”. I believe while we can never do enough to show our appreciation and gratitude to our Nation’s defenders and the families who sacrifice right alongside them we can always do a little more. And you all are doing just that. So I salute you, and I thank you all. God bless.” Watch Gary Sinise speak about “Blue On Black” HERE.

Blues rock legend Kenny Wayne Shepherd adds, “When Five Finger Death Punch approached me about teaming up with them to do a special version of “Blue On Black”, I was thrilled to do it. When they told me Brantley Gilbert and Brian May were also going to be part of it, I was honored. This is a powerful collaboration of rock, country and blues artists and a true testament to the commonalities these musical styles share, and I think the fans will appreciate and enjoy it as much as we do.”

Queen’s Brian May set up a special recording session and video shoot to be featured on the track. He fit it in between his work as a producer and executive music producer with Roger Taylor of the Queen biography film Bohemian Rhapsody.

Five Finger Death Punch’s original cover version of Blue On Black has already generated over 50 million on-demand streams in the US, and is one of the most-consumed songs on the band’s current album (averaging over 1 million US streams per week).

In this article:Five Finger Death Punch