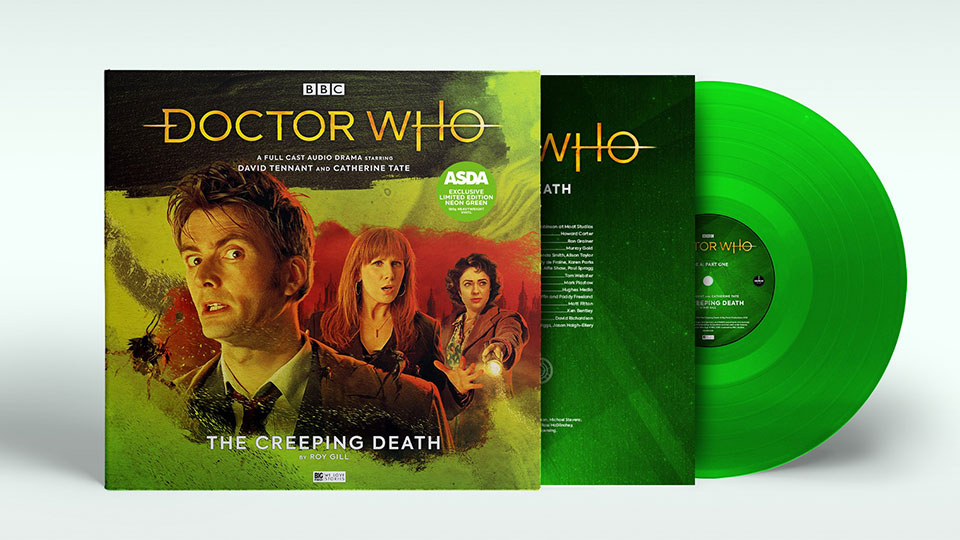 Doctor Who: The Creeping Death will be released on Neon green LP, 180gm heavyweight vinyl with a printed inner sleeve on 24th May 2019.

The all-new adventure reunites the original cast members from the 2008 series including David Tennant as the Doctor and Catherine Tate as Donna Noble. The release will be available from selected ASDA stores.

The synopsis for the new adventure is:

London, 1952, and a deadly smog envelops the capital. But something even more dangerous – and alien – is hiding within the mists. When the Doctor and Donna get lost in the fog, they find a motley group of Londoners trying to make their way home. Soon the stakes are raised as death creeps along fume-choked streets, and not everyone will make it out alive…

Doctor Who: The Creeping Death was written and created by producers Big Finish, who have grown a cult following around the world.

David Tennant played the role of the Doctor from 25th December 2005 to 1st January 2010. Over his time on the show he had a number of companions including Rose Tyler (Billie Piper), Donna Noble (Tate) and Martha Jones (Freema Agyeman).