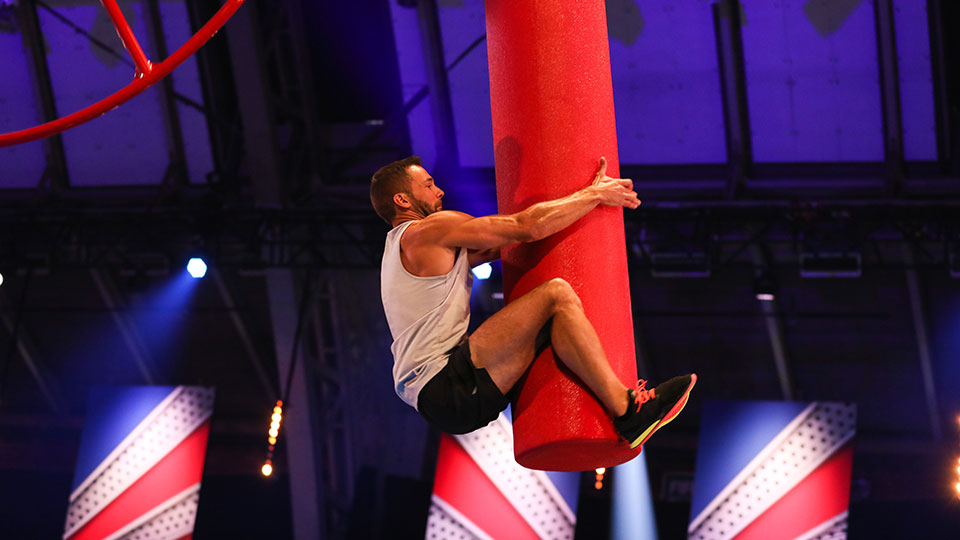 The latest series of Ninja Warrior UK continues this Saturday and one of the stars attempting the notoriously difficult course is Sylvain Longchambon.

The Dancing on Ice star is cheered on by his wife, Coronation Street star Samia, and their son. You can watch a clip to see how Sylvain gets on below:

For the fifth series the course is more extreme than ever but surely Sylvain should have an advantage given that he’s a professional skater?

In the final heat, more ‘Superhero’ contestants try their luck against the toughest obstacle course on TV.

Competing alongside them are Dancing on Ice professional skater Sylvian Longchambon, singer Joe McElderry and Olympian snowboarder Aimee Fuller, but only those who complete the course and scale the four-metre Warped Wall will progress to the semi finals. But will they fly or fall?

Could this be the year someone finally conquers the course and gets the chance to climb to the top of Mount Midoriyama? Anyone who can achieve that, will make history and be crowned the first ever Ninja Warrior UK.

The series is hosted by Ben Shephard, Rochelle Humes and Chris Kamara