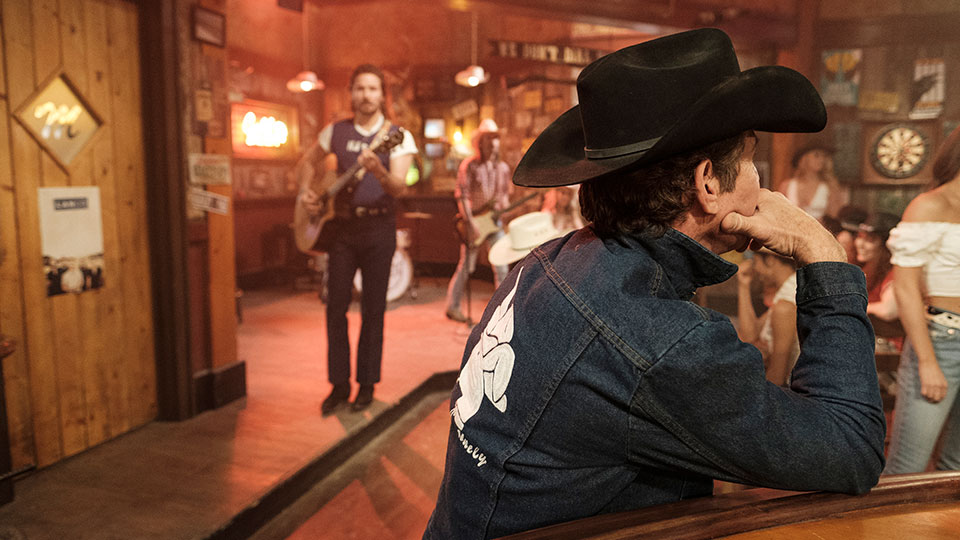 Quaid plays the titular character in the video, which showcases the band’s sense of humour and vintage country style. Watch it below:

Mr Lonely is the lead single from Midland’s upcoming second album. The video was directed by band member Cameron Duddy with his brother Colin. It was filmed on Netflix’s The Ranch set.

The track was written by all three band members – Mark Wystrach, Jess Carson and Duddy – with Shane McAnally and Josh Osborne. Mr Lonely has been shooting up the charts art Country radio, where it was the ‘most added’ upon its release.

Midland released their debut album On the Rocks in 2017 and it spawned the number one hit Drinkin’ Problem and follow-ups Make a Little and Burn Out.

Midland tour the UK with headline shows in December 2019:

Special guest on the live dates will be Desure. Tickets are available from http://ticketmaster-uk.tm7559.net/qkRdO.

Advertisement. Scroll to continue reading.
In this article:dennis quaid, Midland