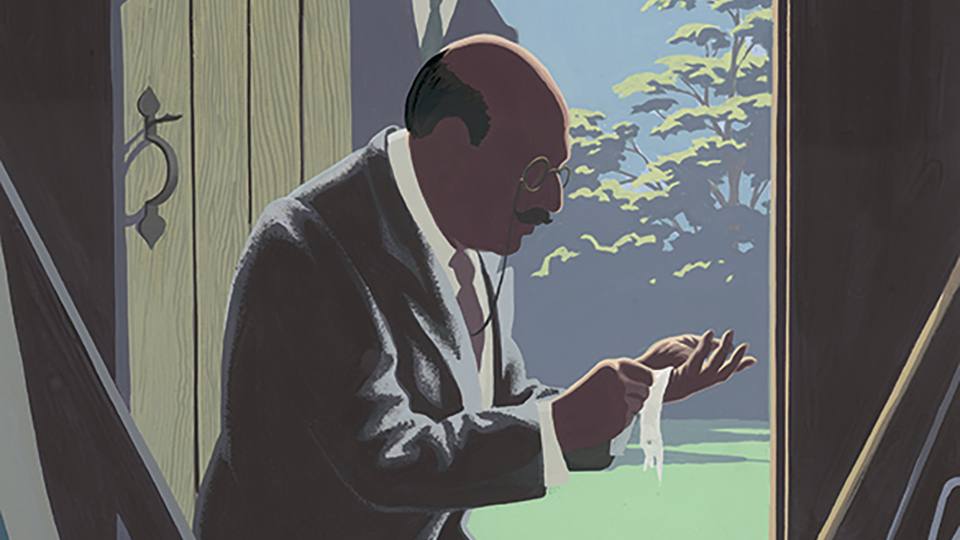 The Murder of Roger Ackroyd contains one of the most celebrated twists in crime fiction and is consistently voted as among Agatha Christie’s best novels. It is, famously, the Poirot novel that demands to be read twice: the curious reader cannot resist re-examining what they thought they knew. Laura Thompson, Christie’s biographer, described it as ‘masterly: deceptive in every way’, and it remains a rare treat for those who savour the challenge of a whodunnit, yet love to be taken in by a master of her craft.

Published in June 1926, six months before Agatha Christie famously vanished for eleven days, eventually turning up in a hotel in Yorkshire apparently suffering from amnesia, it was likely written at a time of great emotional turmoil for the writer. Her marriage was ending and her beloved mother was dying, yet it is an extraordinarily precise piece of work, ingeniously crafted around its infamous central twist and expertly calculated to deceive. All the usual delights of Christie are in ample evidence here, from intriguing clues and complex relationships to the charming figure of Poirot himself. It also features Caroline, the narrator’s delightfully gossipy and observant sister, who Christie later revealed was a forerunner for her other great sleuth, the unforgettable Miss Marple.

Sophie Hannah, herself an acclaimed novelist, has been selected by the Christie estate to continue Poirot’s adventures, and she provides a perceptive introduction, exclusive to this edition. In her introduction, she writes: “The Murder of Roger Ackroyd, And Then There Were None and Murder on the Orient Express—all detachable-concept Christie novels—are her three best-selling books of all time. It’s interesting to note that, in addition to their structural daring and innovation, all three do something else that could be called extra-special, particularly considering how long ago they were written. All three raise important questions of morality.”

Andrew Davidson’s illustrations capture the period, the humour and the underlying tension of Hercule Poirot’s iconic mystery, making this an irresistible edition.

The Folio Society edition of Agatha Christie’s The Murder of Roger Ackroyd, introduced by Sophie Hannah and illustrated by Andrew Davidson, is available exclusively from The Folio Society.

Advertisement. Scroll to continue reading.
In this article:Agatha Christie, The Folio Society, The Murder of Roger Ackroyd