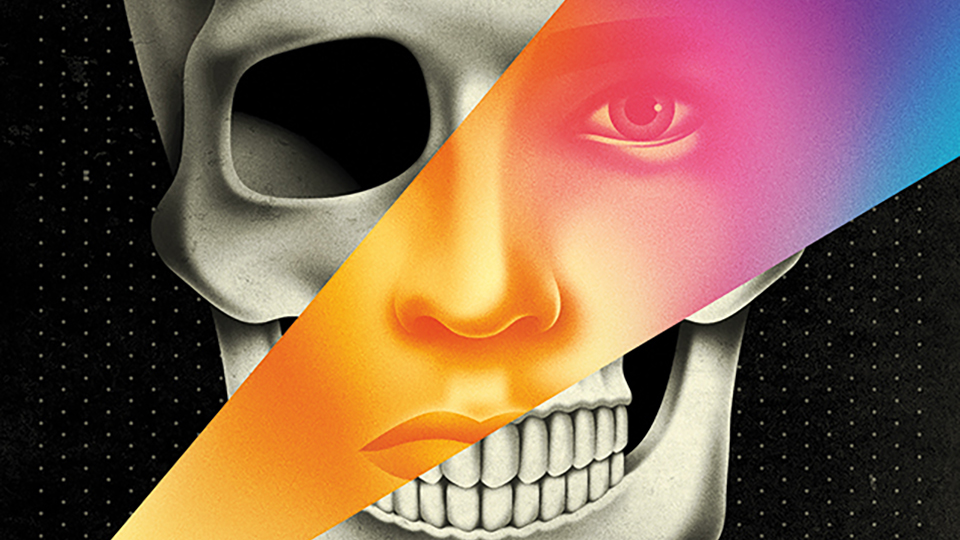 American science-fiction author Philip K Dick’s place in the literary pantheon is assured. Though he died relatively young in 1982, he was a prolific writer, and his titles The Man in the High Castle and Do Androids Dream of Electric Sheep? (upon which the movie Blade Runner was based) received significant acclaim. His work continues to influence contemporary writers and thinkers.

Ubik appeared in 1969. Like much of Dick’s work, the story is built upon an intriguingly high concept. Set in the near-future (although it is depicted as 1992 in the book, but no prophet’s crystal ball is infallible), protagonist Joe Chip works for Runciter Associates, a business that specialises in nullifying the influence of psychics and telepaths by employing “inertials”, individuals who are able to prevent them from using their powers. In the ordinary setting of the corporate world, this is important. But something goes wrong on a job they are called to perform at a colony on the moon, and the group’s boss Glen Runciter is seemingly killed in an explosion. However, once they return to the earth, strange and inexplicable events occur to members of the team. Small erroneous details make them doubt the very fabric of reality. Can it be that Glen Runciter is trying to communicate with them from beyond the grave? Or is the truth even weirder than that?

Ubik is a deeply unsettling book that never allows the reader to fully feel at ease at any time in the narrative. It raises profound questions about the nature of reality as we experience it, and what might lie beyond death, how we might experience consciousness in an afterlife, and if such a state might remain connected to our corporeal experience. At first glance this is a touch surprising, because the story doesn’t deal in the high-stakes world of national security or pioneering scientific experimentation, but in commonplace, perhaps even dull commerce.

Dick doesn’t examine these philosophical questions in a heavy-handed way, but with skill and delicacy of touch. The idea in the book that binds everything else together relates to the title – Ubik. This ‘ubiquitous’ panacea is introduced at the start of each chapter in the form of wording for a commercial, presenting it as a product, but it covers everything from Cleveland-brewed beer to stomach settlers and hair conditioner – all the staples of TV advertising. Yet the spray-can of Ubik that Joe is desperate to get his hands on in the book has a much more profound use.

As is so often the case with science-fiction books based on a high premise, the characters are subservient to the plot. In all of the many people who come and go from the pages of the book, it’s hard to pinpoint one who gives the impression of being a fully-rounded human being. As a consequence, their depictions are dry, seldom lifting from the page, and it is hard to distinguish between minor characters without some effort. The concept is impressive and memorable: Joe Chip is pretty forgettable.

The limitations of the prose style aside, Ubik is a highly satisfying read. This is helped by tight storytelling – a lot of plot is packed into only just over two hundred pages. There are clear influences on contemporary writers – the unreal, seemingly digital world and the gateway of existence between life and death we encounter in Ubik would perhaps inspire aspects of Neil Gaiman’s American Gods.

If you enjoy classic science-fiction that supplies few answers but challenges readers to think about deep questions for themselves, you can’t go wrong with Ubik. The Folio Society’s edition includes an introduction by Kim Stanley Robinson that ponders the religious questions Dick’s story raises. It is further enhanced by some vivid full colour illustrations by La Boca that encapsulate everything that is profoundly disconcerting about the story. The effect is enhanced by a distinctive green hardback cover with embossed silver effect that clashes with a bright pink slipcase.

Greg Jamesonhttp://www.gregoryjameson.com
Book editor, with an interest in cult TV.
Previous article
Count Arthur Strong: Is Anybody Out There? set for Leeds City Varieties
Next article
Love Poirot? The Folio Society releases The Murder of Roger Ackroyd