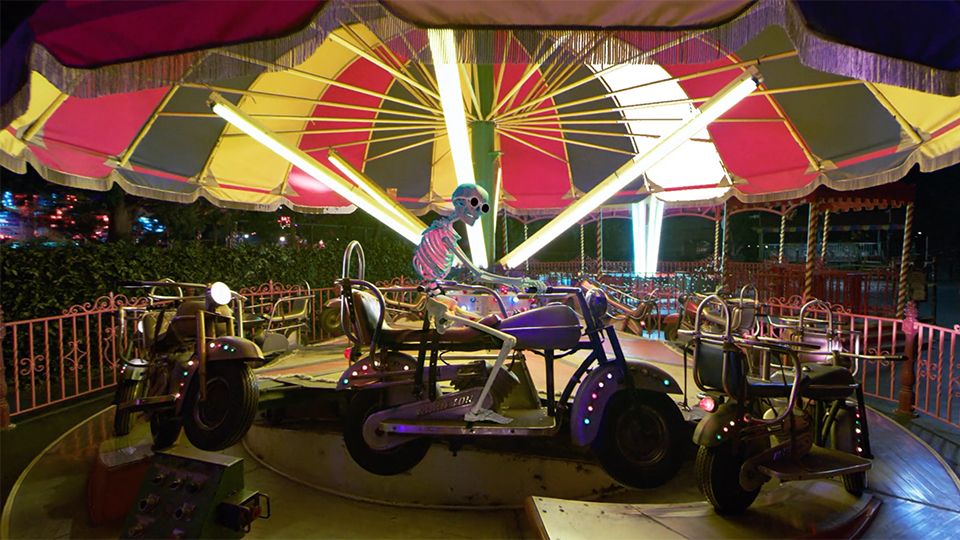 Galantis have teamed up with OneRepublic for new single Bones, which is available to download and stream now.

The fun video features a bunch of skeletons enjoying a theme park. It was directed by Spencer Hord of AfterWeDead. Watch the video below:

“This project was a rare occasion where our amazing team of animators, editors, and production nerds (Joe Cella // Pix3lface // Vince McKelvie // Sam Newell // Andrew Henry // Joey Bryars // Brian Beckwith) saw the album artwork and knew the concept straight away,” says video director Spencer Hord. “We wanted to do something conceptually simple, but visually challenging. The goal was to create a literal representation of ‘Bones’ with 3D animation, and merge these CG assets with a moody amusement park environment to create a surreal mixed-reality narrative. We shot the live action plates at Castle Park in Riverside – a small theme park in Southern California I grew up attending for various grade-school birthday parties. The location was much better than I remembered, and the production process became a nostalgic experience to say the least.”

Christian Karlsson of Galantis said, “”It was an incredible experience working with OneRepublic and Ryan on this song. He has such a legendary voice and we’ve always been big fans of his songwriting, so connecting with him on ‘Bones’ came so naturally to us. This is the first Galantis music of 2019 and we can’t wait to show you what else we’ve been working on!”

Galantis have amassed more than 3 billion streams and 42 platinum records in 18 countries.

Advertisement. Scroll to continue reading.
In this article:Galantis, OneRepublic