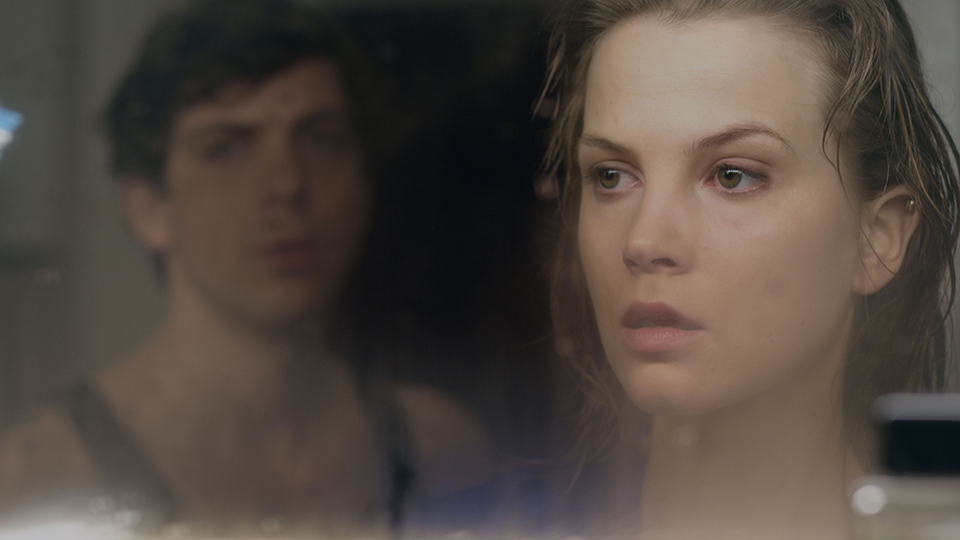 The Adulterer (Overspel in its original Dutch), a new acquisition for Walter Presents, is a somewhat risqué drama that won awards in the Netherlands, including Best TV Drama at the Nederlands Film Festival. It also inspired a US remake that was commissioned by ABC entitled Betrayal. The original Dutch show is already on its third series; this first series actually dating back to 2011.

If you want to avoid spoilers for The Adulterer, stop reading this article now.

It features the stunningly beautiful Iris (Sylvia Hoeks – who appeared in Blade Runner 2049), a successful photographer with a loving (but dull) husband, Pepijn. Whilst feeling claustrophobic at one of her exhibitions, she takes a walk to get some air. There she bumps into Will (Fedja van Huêt, looking remarkably like a Dutch Dominic West), a defence lawyer – also married – who has been dragged along reluctantly to the exhibition by his wife. The chemistry between the two is very apparent from the get-go, and despite their marital status, they eventually end up having a clandestine meeting at a posh hotel.

Will’s wife – Elsie (Rifka Lodeizen) – owns a restaurant that is failing badly, but she is also part of the Couwenburg clan, who are having issues of their own. Huub Couwenberg has accused his brother-in-law, Louis, of swindling him in a business deal. The upshot of that is that Huub’s son, Bjorn, takes matters into his own hands and confronts his Uncle in a restaurant car-park – a confrontation that doesn’t end well for the older man when he ends up dead in the canal.

Meanwhile the police and prosecution service appear to have bugged Louis’ home, because we witness them listening in on a conversation he has about the apparent scam. And part of the team listening in is Pepijn – Iris’ dullard husband and a prosecution lawyer. This sets the scene nicely for what later in the series is the crux of Iris’ dilemma – which side to pick in the battle between her lover, Will, the defence lawyer, and her husband, Pepijn, who is prosecuting.

The salacious title hints at the fact that there’s plenty of illicit sex and simmering lust in the show – the opening scene shows Iris and Pepijn making love in the shower, whilst their young son is playing in the next room. And once Iris and Will meet, there’s an awful lot of longing glances and heavy breathing before they finally get it on. There’s an element of Bouquet Of Barbed Wire about it, somehow – tangled webs of sexual dalliance and family in-fighting. There’s also quite a funky soundtrack, thanks to Huub’s vinyl collection.

So far, it’s an enjoyable romp and worth checking out.

Walter Presents: The Adulterer airs Sunday 28th April at 11pm on Channel 4. The full boxset is available via Walter Presents on All 4 immediately after first episode.