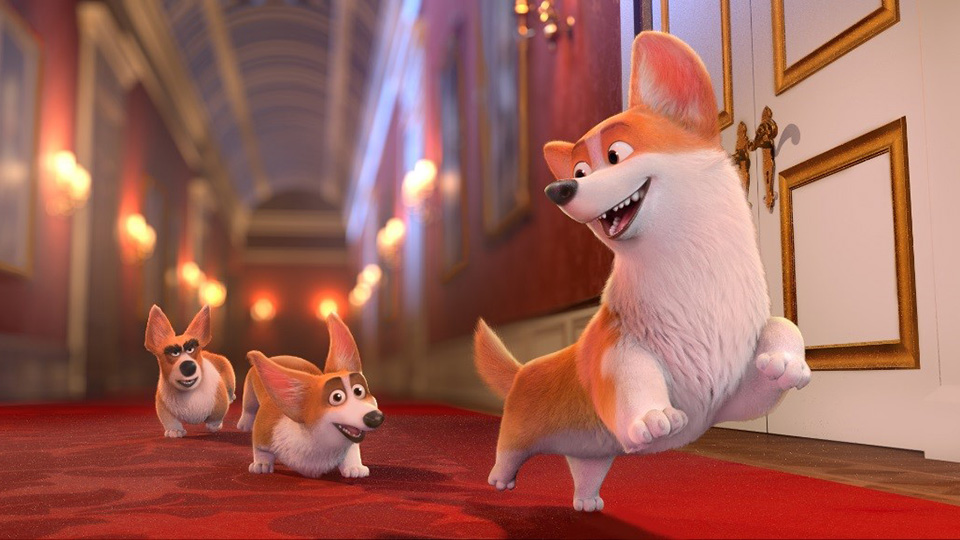 A very cute new trailer has been released for upcoming animated family adventure The Queen’s Corgi.

Rex is the Queen’s Top Dog – a spoilt little corgi who lives a life of luxury in Buckingham Palace. But when Rex winds up in a London Dog’s Home, surrounded by tough strays, he must learn that to become a true Top Dog, you have to earn it!

The voice cast for the film includes Jack Whitehall as Rex, Ray Winstone as Tyson, Julie Walters as The Queen, Sheridan Smith as Wanda, Matt Lucas as Charlie, and Tom Courtenay as The Duke of Edinburgh.

The Queen’s Corgi is directed by Ben Stassen (A Turtle’s Tale: Sammy’s Adventures, Thunder and the House of Magic) and Vincent Kesteloot (The Wild Life). It is written by Rob Sprackling and John R. Smith (Gnomeo and Juliet), and produced by nWave Pictures.

The film will be released in the UK and Ireland by Lionsgate UK on 5th July 2019.

Advertisement. Scroll to continue reading.
In this article:The Queen's Corgi