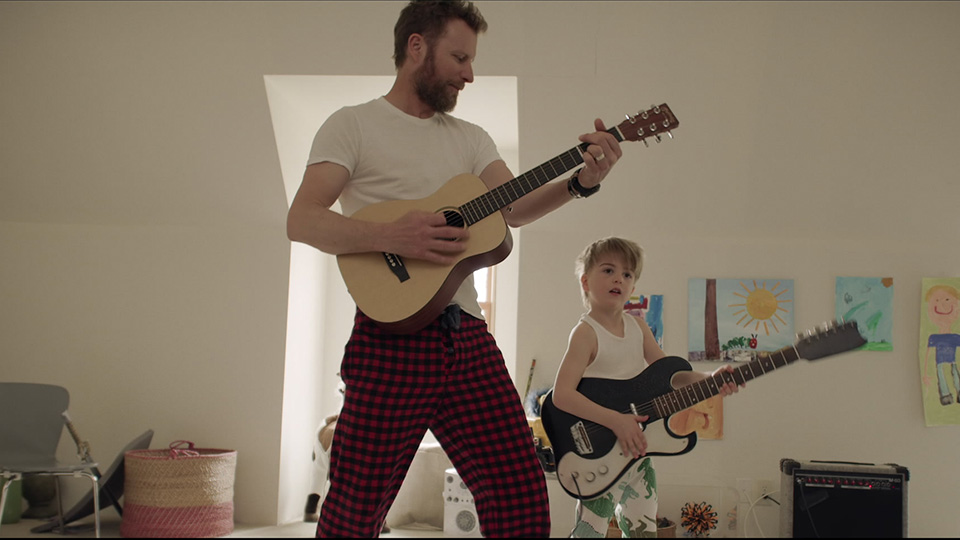 Dierks Bentley has enlisted his son Knox for the music video to new single Living.

In the clip, filmed in Nashville with director and collaborator Wes Edwards, Bentley and his son enjoying a host of activities together including playing music, getting ice cream, trampolining and more.

“Living certainly celebrates life’s big moments and adventures, but for me it’s even more about being intentional and present in everyday moments,” said Bentley. “Knox is at that age where he can still find the biggest joy in the smallest things, and that childlike appreciation for life is the spirit I wanted to bring to this video to remind us of difference between just being alive and actually living.”

Living is taken from Bentley’s latest album The Mountain and its the follow-up to his 18th career number one Burning Man featuring Brothers Osborne.

Over his career to date Bentley has amassed more than 8.6 billion digital streams and The Mountain gave him his highest debut sales of his career. The set also became his seventh chart-topping album.

The second leg of Bentley’s 2019 Burning Man Tour featuring Jon Pardi, Tenille Townes and the Hot Country Knights kicks off on 31st May 2019.