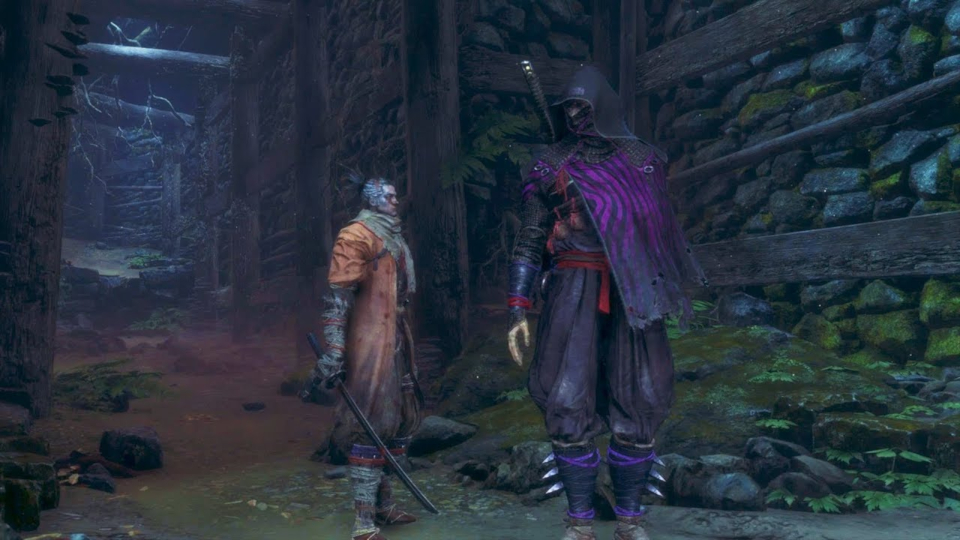 You encounter the Lone Shadow Longswordsman in the Ashina Reservoir area as you make your way towards Ashina Depths. He’s actually hunting for you and he’s in the well where you started the game. It’s fortunate that you’ve found him as now you can kill him and get him off your tail.

It’s a pretty straightforward fight compared to many in the game and you can take him down really quickly. You can get to him without taking any damage and there is a chance to get a stealth deathblow in leaving you just one to deal with.

You can see the full route of getting to him in the video below. Make sure you don’t go down the first hole in the ground but head to the one a bit further along. This is where you can get your first deathblow in by dropping on him from above.

He is fast like most enemies in Sekiro: Shadows Die Twice but his attacks aren’t very varied. He has standard sword combos plus an unblockable kick attack. The key here is to simply parry his sword attacks and dodge his kick. His posture bar fills very quickly if you parry correctly and you’ll have him down in no time. There is an opportunity to get in some extra hits when he jumps into the air.

I would recommend taking the loaded spear into this fight too as it allows you a bit of extra range in your attacks.

The biggest issue I had with this fight was the camera and losing lock on. The area you fight in is very enclosed and the camera doesn’t deal very well with the situation.