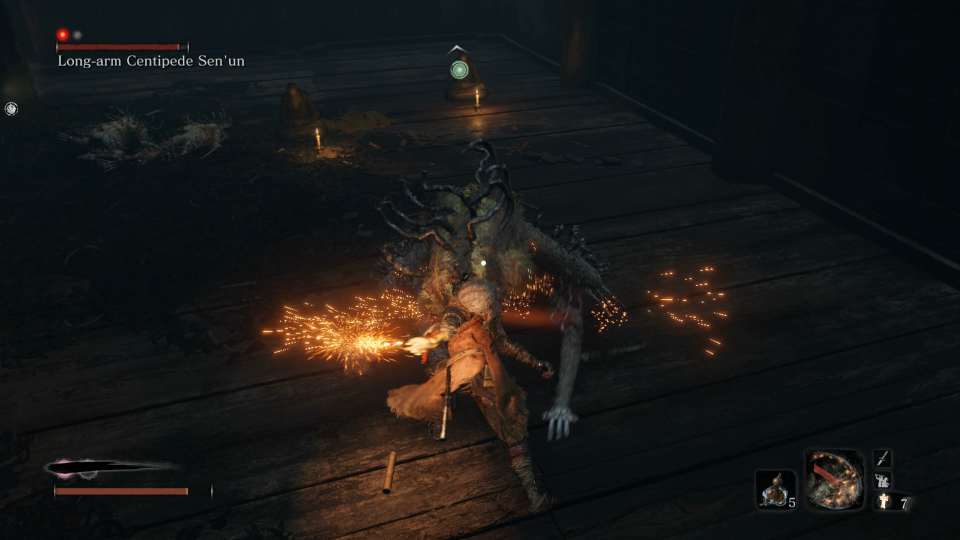 The Long Arm Centipede Sen-Un is an optional boss in the Mount Kongo area of Sekiro: Shadows Die Twice.

He’s worth killing as he drops a prayer bead and there are loads of upgrade materials in his temple.

He can seem intimidating at first but is actually quite straight forward. He’s pretty much identical to Long Arm Centipede Giraffe only he’s surrounded by adds who can make this fight tricky if you don’t deal with them.

Once you enter his temple (see video below for how to get there) you’ll be greeted by two enemies. Get in close and take them out, they are very squishy up close but can deal fire damage at range. Once in the main room head to the beams above and clear the adds. If you’ve been stealthy enough you’ll be able to get a stealth deathblow on the boss from above.

The key to this boss is parrying his rapid attacks and jumping over his slash attack. If you time your parries correctly his posture bar will fill rapidly. After his attack sequence throw some firecrackers to stun but get ready to start parrying again quickly. If you need a breather to heal up you can grapple to the rafters above.