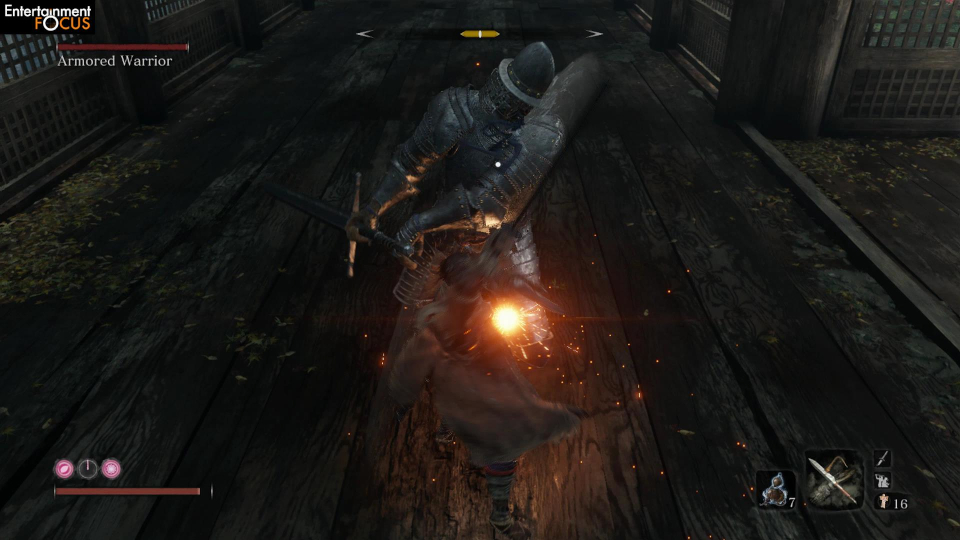 The Armoured Warrior is a boss in the Mt Kongo area of Sekiro: Shadows Die Twice and he is one of the easiest bosses I’ve come across. I think I found it easy as he’s the most Souls like boss I’ve encountered so far.

He’s not far from the Senpou Temple idol, see the video below for how to get to him. He’s not optional if you want to clear the area plus he drops a prayer bead and a Shinobi text so he’s well worth beating.

He’s heavily armoured and you’re not going to damage him at all, this fight is all about posture. Fortunately, he’s pretty slow and he’s easy to predict. Most of his attacks are swinging attacks that you can avoid simply by stepping around him. Once behind him land a few blows.

You’ll notice that during the fight, parts of the bridge get trashed exposing the drop below. You need to make sure you position him near one of these gaps when you deliver your deathblow to send him tumbling to his death. If you’re not close enough to the edge he’ll simply get back up again after your deathblow.