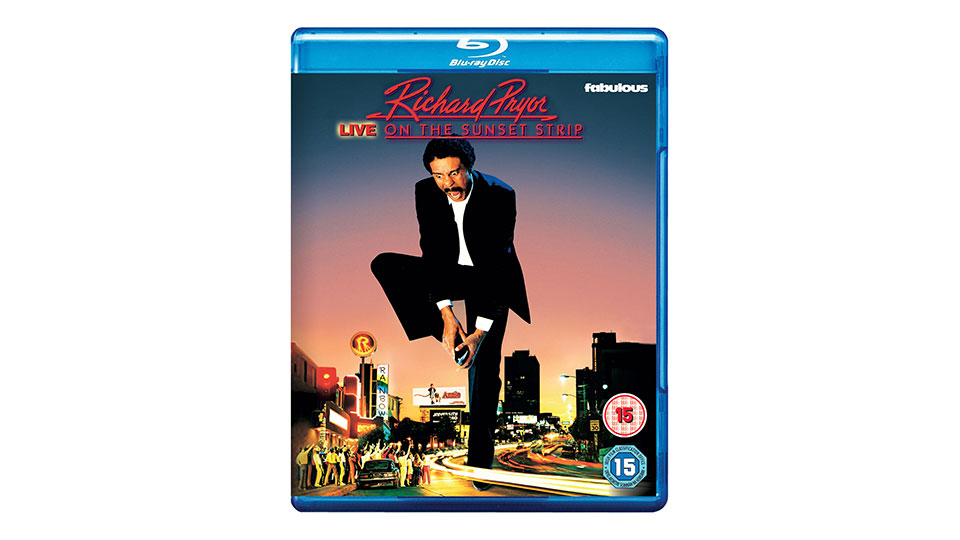 If Richard Pryor were to be accused of being the funniest man in America, this film of his incredible stage act would be Exhibit A. Shot live at the Hollywood Palladium, the film on Blu-ray, released on 8th April 2019 via Fabulous Films, for the first time captures all the excitement, lunacy and electric force of a Pryor performance.

Although Pryor is the only star of this hilarious show, he’s never alone on stage. With him is his amazing array of characterizations as he talks about his trip to Africa in search of his “roots,” his early days playing one-night gigs in Mafia-owned clubs and strip joints, and numerous other outrageous topics. Finally, he talks about “Pryor on Fire” – a recounting of the accident which nearly took his life – an episode he relates with wit and a touch of poignancy.

Capacity crowds of over two thousand attended the movie’s two concerts, filmed live over two consecutive evenings in 1981. Both performances were sold out within hours of the box office opening. On the first night Pryor lost his train of thought, forgetting the majority his material. He apologized and ended the show early leaving the audience angry. He put on a much better show on the second night.

Released in 1982, the film was the most financially lucrative of the comedian’s concert films. In 1983 it won the Grammy Award for Best Comedy Recording.

To celebrate the release of Richard Pryor Live on The Sunset Strip, we have 3 copies on Blu-ray to give away. Enter below for a chance to win…