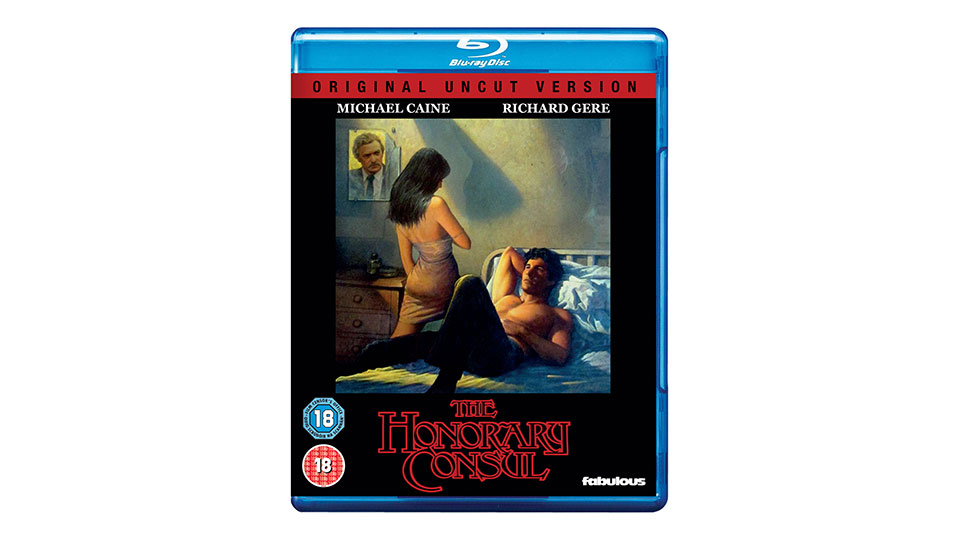 Starring Michael Caine and Richard Gere The Honorary Consul is available from Monday 8th April 2019, from Fabulous Films, for the first time on DVD and Blu-Ray with brand new restoration.

Based on the 1973 novel by Graham Greene, this is the full original uncut version with a theme tune by Paul McCartney.

The Honorary Consul was nominated for 2 Baftas – Best Actor for Michael Caine (he lost to himself for his performance in Educating Rita) and Best Supporting actor for Bob Hoskins.

Produced by Norma Heyman in 1984 The Honorary Consul is said to be the first independent film produced entirely by a British woman.

To all appearances the two men had nothing in common, but for the fact they were both residents of the Argentine outpost of Corrientes and shared an English background. Eduardo Plarr was a diligent, hardworking man of medicine; Charley Fortnum an alcoholic, good-for-nothing Honorary Consul. Taken captive when a terrorist plan to kidnap an American diplomat backfires, they both become prey to some very unwholesome revelations. For some time, both men have been sharing the favours of, and an obsession with the same woman. Only one has the capacity to love her.

To celebrate the release of The Honorary Consul, we have 3 copies on Blu-ray to give away. Enter below for a chance to win…

Advertisement. Scroll to continue reading.
In this article:Fabulous Films, The Honorary Consul