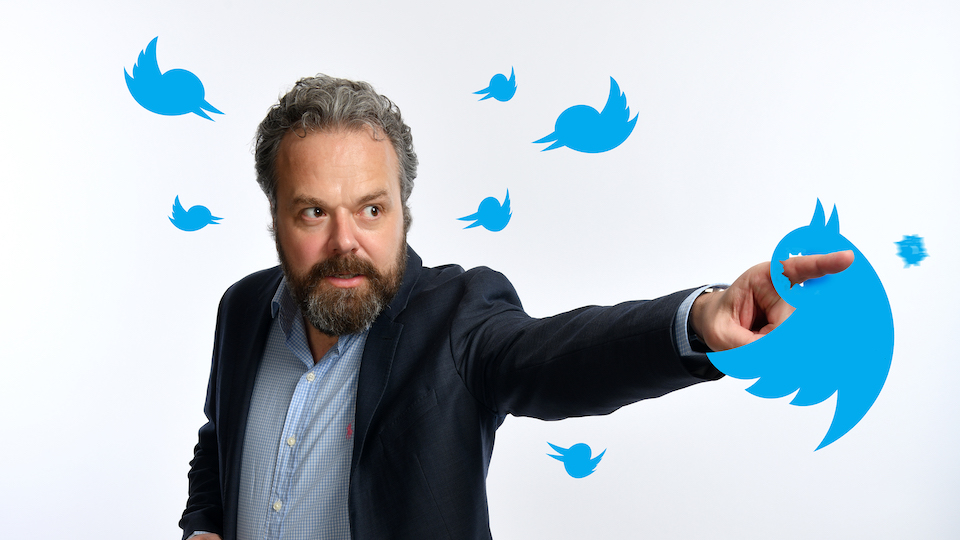 Due to popular demand comedian Hal Cruttenden has once again extended his UK tour with dates added from May to November 2019 (with a fortnight’s pit stop to perform at Gilded Balloon, Edinburgh Festival Fringe this August).

Since a 2-year hiatus from touring Hal’s been on the road with his 2018 Edinburgh show ‘Chubster’ tickling audiences’ funny bones all over the country. He had asked his teenage daughters what title would best sum him up. They replied, ‘Chubster’. So Hal’s now back on the 5:2 diet and on stage with a show that not only touches on his usual moans about being a middle-aged, middle class father of fat-shaming teenagers but also introduces us to new problems like his struggles with IQ tests, political zealots and the trauma of supporting the England rugby team.

Hal Cruttenden says, ‘I’m not actually that sociable naturally but I love chatting to my comedy fans because we’ve immediately got something in common. We both love me!”

One of the UK’s most popular stand up comedians, Hal Cruttenden has made several appearances on ‘Live at the Apollo’ (BBC1 and 2), ‘Have I Got News For You’ (BBC1) and ‘The Royal Variety Performance’ (ITV) as well as his regular appearances on shows such as ‘Mock the Week’ (BBC2), ‘The Great British Bake Off: An Extra Slice’ (BBC2 and Channel 4) and ‘The Apprentice: You’re Fired’ (BBC2).

On the radio, the second series of his sitcom ‘Hal’ (co-written with Dominic Holland)
was recently broadcast on BBC Radio 4. Other radio appearances include being a
team captain on ‘Britain versus the World’ and spots on ‘Loose Ends’, ‘Act Your Age’,
‘Chat Show Roulette’ and ‘Four at the Store’ (all on Radio 4). Hal is a three time Chortle Award nominee and was nominated for the Perrier Newcomer Award back in 2002.

For more information and a full list of tour dates and venues visit www.halcruttenden.com