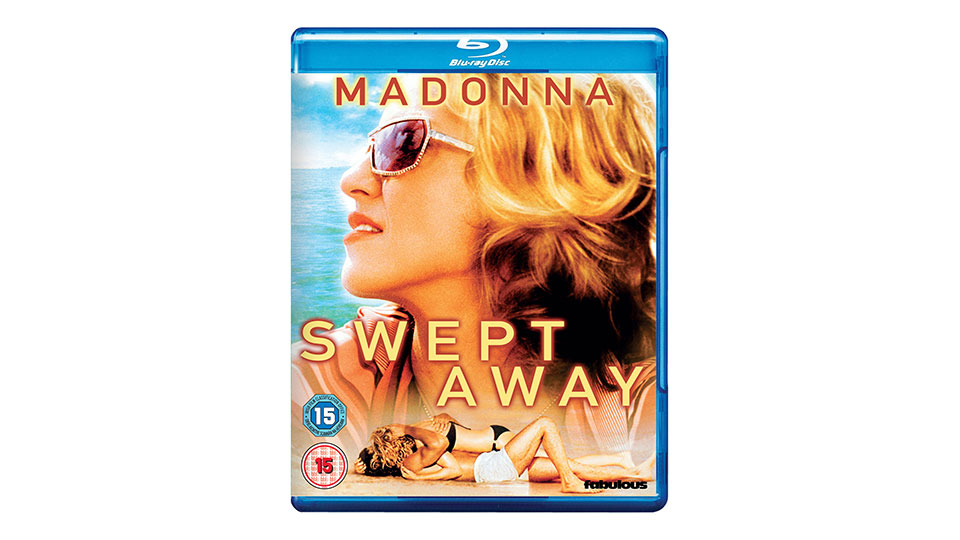 Directed by Guy Ritchie and produced by Matthew Vaughn, Swept Away is available for the first time on Blu-ray from Monday 8th April 2019 through Fabulous Films.

Madonna and Adriano Giannini star in this contemporary adaptation of Lina Wertmullers’s 1974 romantic comedy, a story of love, sex and too much money – all set against the backdrop of a Mediterranean island paradise.

The original Swept Away directed by Lina Wertmüller received the 1975 National Board of Review of Motion Pictures Award for Top Foreign Film. Giancarlo Giannini’s son Adriano Giannini plays the same role as his father in the original film.

A rich, spoiled socialite (Madonna) and a handsome Italian (Giannini) find themselves stranded on a deserted island where matters of material wealth and class disparity are meaningless. And in their struggle to survive and coexist in their paradise found, they soon discover that their dramatic differences are suddenly the source of a fierce, passionate and (sometimes) hilarious animal attraction.

To celebrate the release of Swept Away, we have 3 copies on Blu-ray to give away. Enter below for a chance to win…

In this article:Fabulous Films, Madonna, Swept Away