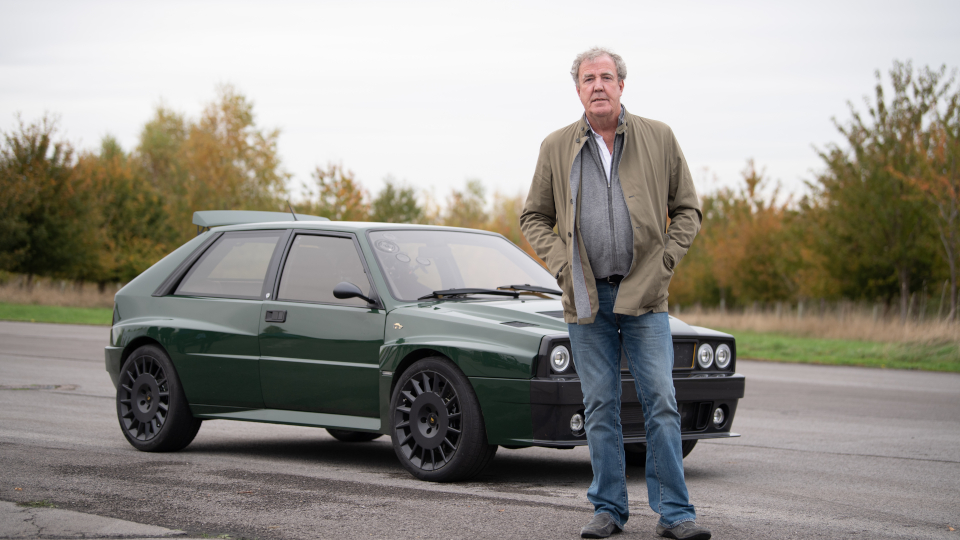 Episode 12 of The Grand Tour season 3 was a good one, well apart from the last of the three films but we’ll get to that in a minute.

The show starts with Jeremy visiting some modern interpretations of classic Lancia cars, namely the Delta Integrale and the legendary Stratos. Both cars bring out the little boy in Jeremy as he tears around the track. We get to meet the creator of the modern Integrale and he is good fun to listen to. He likens the rear wing on the car to a thong sticking out the top of a woman’s jeans.  In Jeremy’s words, he’s classic Italian.

Next, we saw James May charting the history of the Porsche 917 the Porsche’s dreams of winning Le Mans. This was a really interesting film from the days before Porsche was a global success. I never realised how close they were to going bust and if they hadn’t succeeded at Le Mans there could quite literally not be a Porsche company nowadays. The 917 is a beast doing 0-60 in under 3 seconds and remember this is a car built in the 70s!

James then puts the original Porsche winning driver Richard Attwood, 78 years old) in the driver’s seat of the 917 whilst a younger driver drives a newer Porsche. The two race with the modern car ultimately winning but it’s hard not to be impressed with Attwood’s fearlessness even at his age. I have a lot of respect for this man.

As ever with The Grand Tour we then need to endure a ‘comedy’ film where Jeremy and Hammond attempt to revolutionise walking around airports with their own inventions. Jeremy has created a suitcase that essentially turns into a mini go-kart whilst Hammond had made a laptop into a motorised skateboard. The result is a poorly scripted, poorly acted farce as the two tear around Stansted airport.

The guys are really good at making interesting films so I don’t know why they bother with things like the Stansted film. I guess to them that it’s funny but to me, it detracts from an otherwise really engaging show.