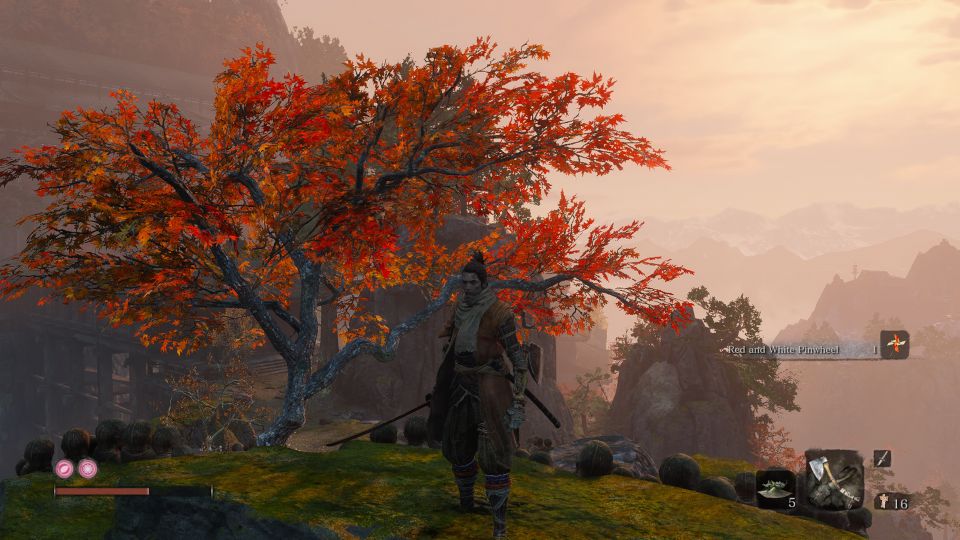 As you’re reading this you’ve probably been getting killed a lot, like me, in Sekiro: Shadows Die Twice and want to have that extra edge in the game by unlocking some more skills. To do that means getting XP and getting it without getting killed and taking the penalty.

I’m here to help as I’ve found two decent early game areas that can get a decent chunk of XP at a fair clip plus some decent loot and Sen gains.

The first is a small loop around the Ashina Castle Gate Idol and as long as you’ve unlocked the loaded axe it should cause you no problems and bring in around 600 XP per minute plus around 300 Sen. As an added bonus the enemies you’ll be killing have a chance to drop scrap iron which is used to upgrade your prosthetic arm.

The route to follow is simple. Run up the stairs and take out the guy with the gun, then you need to grapple onto the gate above him, turn right and jump onto the grassy area. Head straight across and behind the tree, you will find your first target, the guy in the big hat. Sneak up and deliver your deathblow. You will see your next targets straight ahead rush over to the one on the right and get in another deathblow leaving just one. Use your loaded axe to smash his hat and take him out. Sometimes this can require more than one blow with the axe. Jump over the wall by the gate and you’re back at the shrine. Rest to respawn the mobs and off you go again. The whole loop takes around 30 seconds to complete.

You can view the full loop in the video below:

The second area is a short loop around the Upper Tower Anti Chamber idol. Simply head up the stairs and head right around the paper screens, make sure you’re sneaking. You will see a Samurai patrolling, take him out with a deathblow. There will be a doorway up ahead to the right, go to it and have a peek. There will be a samurai heading from right to left. Shortly he will turn to face away from you, sneak up and kill him. Next, you need to follow the railing around to the right, make sure you don’t get spotted by the samurai in the room to the left. Carry on sneaking round and you’ll see an old lady, you know what to do. Carry on to the end of the walkway and turn left, here you will see one last samurai looking out of a window, kill him then head back to the idol. Rest to respawn the mobs and repeat to your heart’s content.

You can view the loop in the video below:

I prefer the first route due to the chance of getting scrap iron plus if things go wrong the enemies are pretty easy to take down. The samurai, on the other hand, put up a much stronger fight if they spot you.