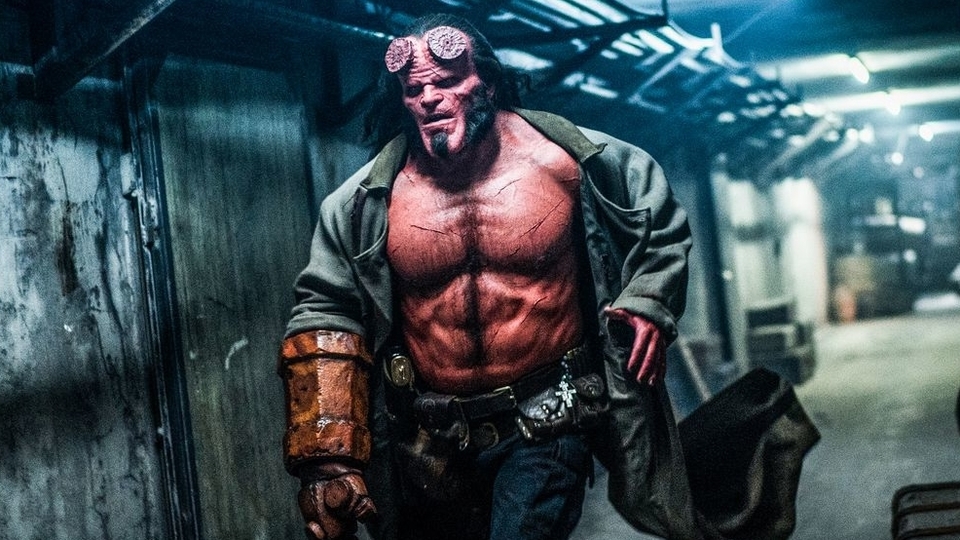 Hellboy is finally heading back to the big screen. Next month David Harbour steps into the limelight and wears the horns for his first outing as the popular anti-hero.

The first clip finds Hellboy squaring up against The Blood Queen Nimue, played by Milla Jovovich.

In the second clip, Hellboy and Ian McShane’s character Professor Bruttenholm discuss the situation at hand in ‘The Osiris Club’.

Hellboy smashes into cinemas nationwide on 11th April 2019 through Lionsgate.

Hellboy is back, and he’s on fire!

From the pages of Mike Mignola’s beloved work, this action-packed reboot sees the legendary half-demon superhero (David Harbour) called to the English countryside to battle a trio of rampaging giants. There he discovers The Blood Queen, Nimue (Milla Jovovich), a resurrected ancient sorceress thirsting to avenge a past betrayal.

Suddenly caught in a clash between the supernatural and the human, Hellboy is now hell-bent on stopping Nimue without triggering the end of the world.

The character initially came to the big screen in 2004 for the first of Guillermo del Toro’s two Hellboy films. That starred Ron Perlman as Hellboy with the late John Hurt, Selma Blair, Rupert Evans, Karel Roden, Jeffrey Tambor and The Shape of Water’s Doug Jones.

4 years later, Hellboy: The Golden Army arrived in 2008 and featured one half of Bros Luke Goss as Prince Nuada. Once again directed by Guillermo del Toro, the film was a cult hit and for the intervening years after the film, fans were petitioning for Perlman and del Toro to make a third film.

It seems they wanted to but the idea never seemed to be timed right, mixed with studio indifference. Now they’ve decided to reboot it with Stranger Things star David Harbour doing some serious workout to play our hero.

Check out the latest Hellboy clip below.