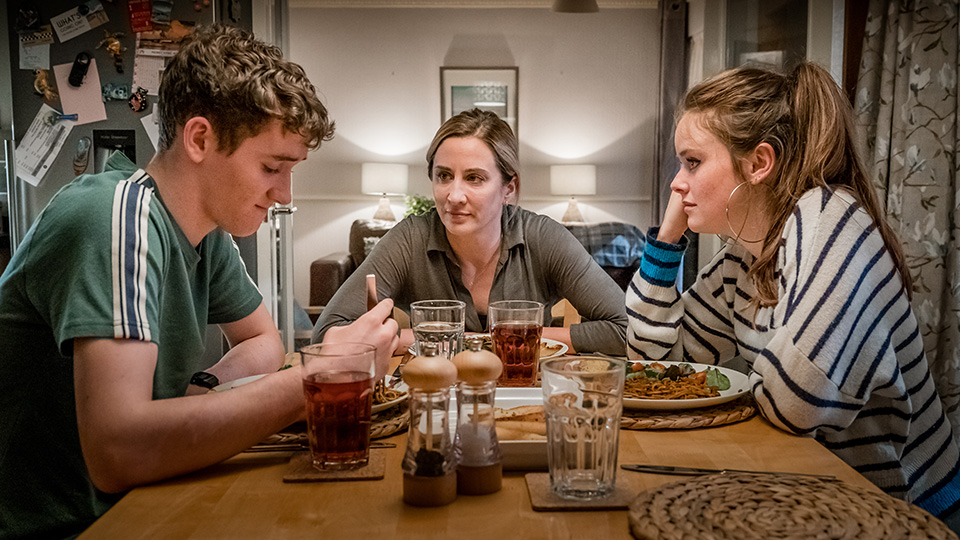 Sean’s (Jonas Armstrong) whereabouts were determined on the latest episode of The Bay.

After being taken into custody by Lisa (Morven Christie), it quickly became clear that Sean couldn’t have had anything to do with Dylan’s (Noah Valentine) murder or Holly’s (Darci Shaw) disappearance. Although there was time for that was unaccounted for, Lisa discovered that Sean had been having an affair with his friend Krzysztof’s (Jordan Misfud) wife and CCTV footage proved that he was with her on the night the twins went missing.

Sean was released from police custody and suspicion fell on another of his co-workers, Nick (Matthew McNulty), who was seen arguing with Dylan hours before the teenager went missing. Nick proved hard to track down but after an intense chase, Lisa arrested him and took him in for questioning.

They found they didn’t have enough evidence to keep Nick in custody so they had to release him. When Sean found out that Nick may have had something to do with it, he followed him in his van and appeared to knock him off his bike.

Meanwhile Holly’s backpack was found by the diving squad that were trawling Morecambe Bay looking for clues.

When the main suspect goes missing, Lisa is concerned about Sean’s possible involvement. The discovery of a key piece of evidence provokes a number of new theories and the police begin to look more closely at other members of the Meredith family. Abbie falls deeper into Vincent’s world, bringing Sam with her. Meanwhile, Sean’s vigilante justice leads him down a dangerous path.

The Bay continues at 9pm Wednesday on ITV. Preview the episode with our gallery below: