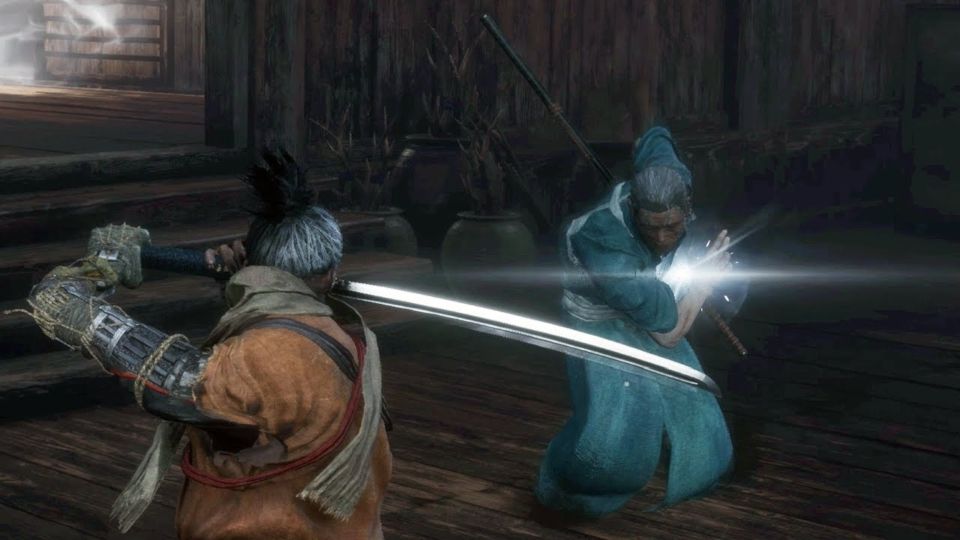 All of the bosses, both main and mini, in Sekiro: Shadows Die Twice force you to learn their skillset and how to react accordingly. What works for one certainly doesn’t work for all.

I’d spent much of my first playthrough focusing on improving my parrying skills, that was until I met the Ashina Elite Jinsuke Saze at the top of the dojo in Ashina castle. His attacks were simply too fast for me to deflect quickly enough and he would take me down very quickly.

It seems I was overthinking things or rather not thinking at all. Once I tried a new tactic he was easy (ish) pickings. (My kill is far from a clean one!)

He has three main attacks to consider. his main attack is a very quick double slash that takes off a chunk of health and will have your posture very quickly in the red zone. He occasionally does a grab attack which stuns you momentarily. Finally, he has a sweeping attack which you will need to jump over to evade, just keep your eyes peeled for the red symbol on the screen and you’ll be fine.

My strategy for taking him down is by dodging rather than deflecting. Each time you see the flash of his sword as he starts his slash attack dodge to your left. His posture and health bars drop quite rapidly with each hit but his posture refills really fast when left alone. Just keep dodging and getting some hits in every time you can and watch out for the sweep attack and you’ll be fine. He can also be stunned by the firecracker prosthetic if you’ve picked it up.

You can see how my strategy works in the video below: