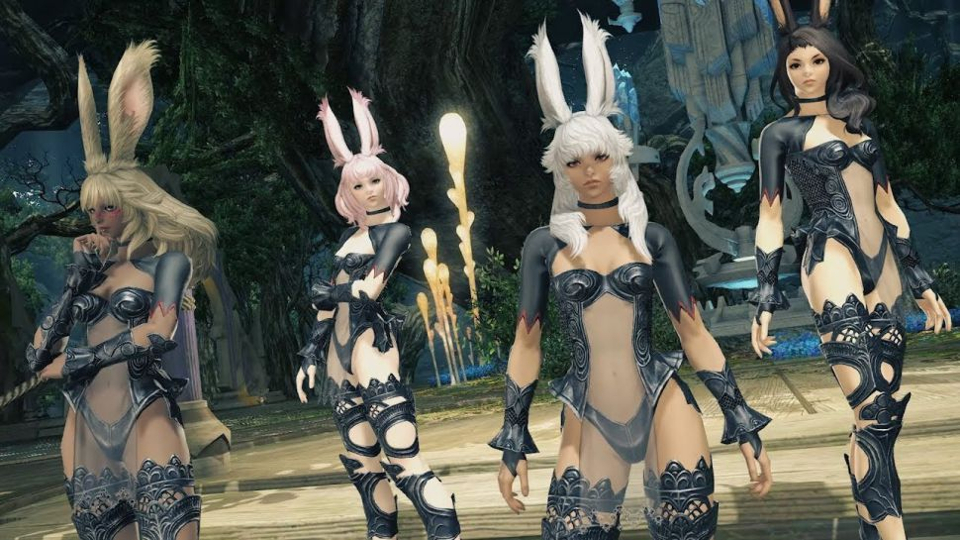 The Final Fantasy XIV Fan Festival was held last weekend and was full of exciting reveals about the upcoming Shadowbringers expansion. During the keynote speech game director Naoki Yoshida made some big announcements resulting in a whole host of new trailers which you can view below.

Two new gender locked playable races have also been confirmed. The Viera are what can only be described as scantily clad rabbit women I’m sure they’ll be a big hit. On the male side we have the Hrothgar, big lion type men who I’m sure will deliver some brutal combat.

You can check out the Hrothgar trailer below to find out more:

It had already been announced that Gunbreakers would be a new in game job and now we can add Dancer to the list. Dancers are DPS based and use fluid moves and throwing weapons to take down their foes. As you can see from the trailer below the Dancer class works well with the Viera race.

Two new towns Eulmore and The Crystarium are also opening their doors to explorers. Eulmore has two very diverse levels. The lower level is basically a slum containing rickety lean to shelters and trash piles. The upper level is palatial and full of luxurious buildings.

Next we have The Crystarium which will be the main hub of Shadowbringers. This looks like an idyllic place full of glass and open spaces.

The Shadowbringers expansion will be available on 2nd July.