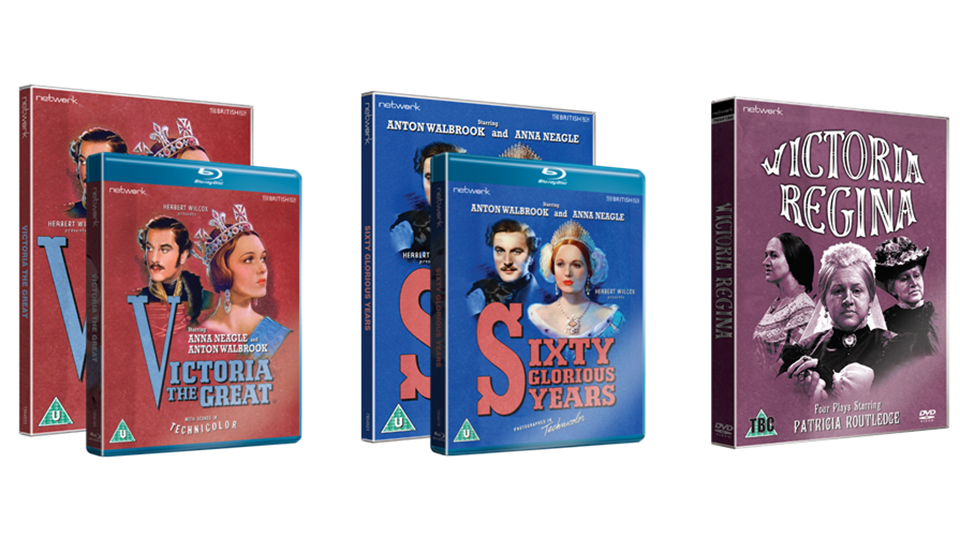 Anna Neagle takes the title role in Herbert Wilcox’s sumptuous, award-winning biography of Queen Victoria marking both King George VI’s coronation and the centenary of Victoria’s own accession to the throne.

Victoria the Great is an opulent yet engagingly human drama tracing the monarch’s life from childhood through to her Diamond Jubilee and in particular her relationship with her beloved Prince Albert, played by Anton Walbrook. Shot in black and white with a spectacular Technicolor finale, the film was enormously popular and Neagle won huge acclaim for her sympathetic portrayal of Victoria.

This classic feature is presented here in a brand-new High Definition transfer from the best available film elements, in its as-exhibited theatrical aspect ratio.

A lavish sequel to 1937’s celebrated film biography Victoria the Great, this sumptuous historical epic once again recounts the life and reign of Queen Victoria this time in glorious Technicolor. Given unprecedented access to the royal palaces, director Herbert Wilcox re-casts Anna Neagle as Victoria and Anton Walbrook as Prince Albert in a film which again met with worldwide acclaim.

Beginning in 1840 with her marriage to Prince Albert against a backdrop of discontent and the spectre of revolution throughout Europe, the film shows key events and relationships during Victoria’s reign, during which with the counsel of her ‘angel’, Albert the occasionally capricious queen won the deep affection of her people and redefined the role of the monarchy.

It is presented here in a brand-new High Definition transfer from the best available film elements, in its as-exhibited theatrical aspect ratio.

Patricia Routledge (Keeping Up Appearances) gives a career-best performance as Queen Victoria in this 1964 series of plays based on the celebrated collection of dramas by playwright Laurence Housman which have never been released.

Self-willed, obstinate, imperious and passionate… a now-familiar description of history’s longest-serving female monarch but Housman’s satirical tribute marked a decisive break with the tradition of the uncritical historical portrait.

A Broadway hit deemed too disrespectful for public performance in Britain until the late 1930s, Victoria Regina is a frank portrayal of an extraordinarily complex woman, tracing her development from royal teenager to inconsolable widow at the helm of a vast empire, with all her contradictions, prejudices and unconstitutional behaviour.

All three will be released on 25th March 2019 by Network Distributing.

To see a list of The British Film upcoming titles and those already available please visit – www.thebritishfilm.co.uk.

To celebrate the releases we’ve got 2x The Victoria Collection bundles to give away. Each contains 1 x Blu-ray of Victoria the Great, 1 x Blu-ray Sixty Glorious Years and 1 x DVD Victoria Regina. Enter below for a chance to win…

Advertisement. Scroll to continue reading.
In this article:The Victoria Collection