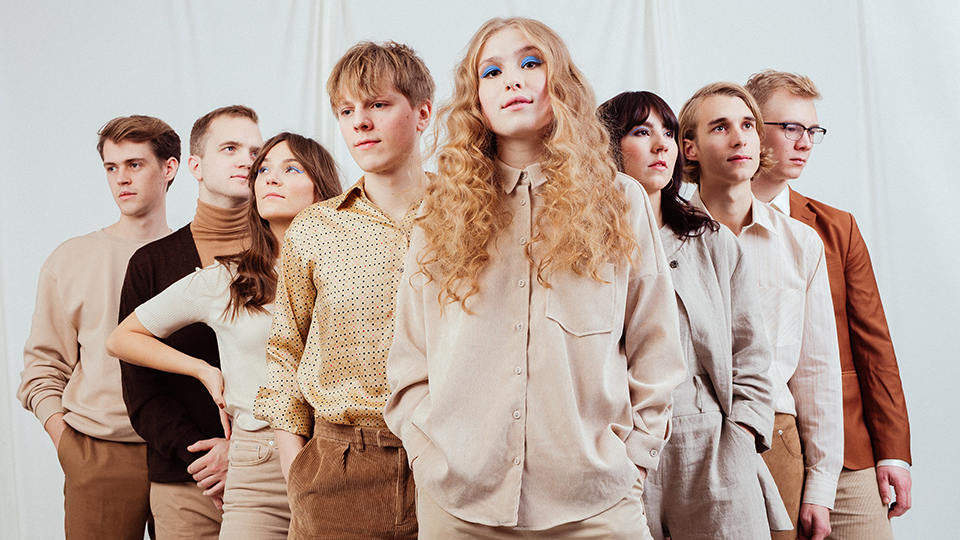 The 8-piece band signed a record deal with Universal last year and 25 is a taster of Fieh’s fusion of R&B, soul and funk. Watch the video below:

Speaking about the track, Sofie says, “We actually played ‘25’ at our first ever gig and it’s stuck around because we love it so much.”

Fieh was founded by 22-year-old singer and multi-instrumentalist Sofie, who was first joined by classmates Ola Øverby (drums) and Andreas Rukan (bass). Alongside the original trio, there’s Jørgen Kasbo on guitar, Edvard Synnes on keys, Lyder Øvreås Røed on horns and trumpet, Thea Arnesdotter Lien on backing vocals and Solveig Wang on backing vocals and moog.

“One thing that’s been important to us, in addition to being a band, is showing young people that these are our instruments, this is how they sound,” says Sofie.

Advertisement. Scroll to continue reading.
In this article:Fieh