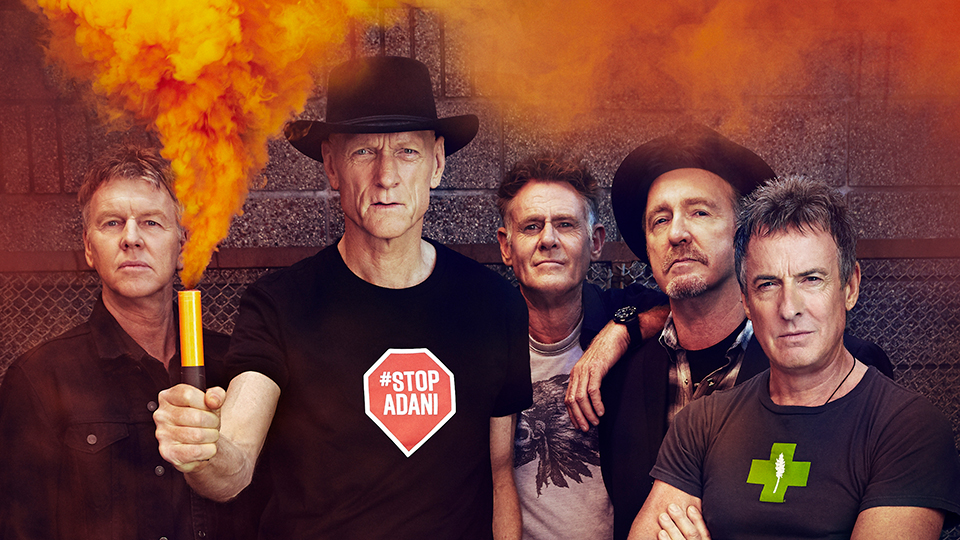 The iconic and legendary Australian rock band and agitators, Midnight Oil, are returning to the UK in the summer to play two shows at the Manchester O2 Apollo and London O2 Academy Brixton on Sunday 9th and Thursday 13th June 2019 respectively.

This forms part of a European tour and the dates will take them to places and venues they weren’t able to include on their acclaimed 2017 “Great Circle” World tour which sold out over 70 gigs in 16 countries.

In an online message to fans the five original members of Midnight Oil explained:

“We really enjoyed making music together again on The Great Circle tour and the reaction from everyone was so positive that we’ve decided to do a bit more of it in 2019. There won’t be anywhere near as many shows this time around but we’re keen to keep performing while there are still new places to play and new things to say. It’s as simple as that really.”

With an extensive back-catalogue consisting of 11 studio albums, the band earned global critical and commercial acclaim in a career and has seen them sell over 10 million albums. During ‘The Great Circle 2017’ tour the band had rehearsed their entire catalogue playing a different show every night, including ‘Diesel and Dust’, the bands seminal album, from start to finish in its entirety on the second Hammersmith show.

To celebrate we’re giving you one pair of tickets to the show of your choice along with a Best Of CD. Enter below for a chance to win…