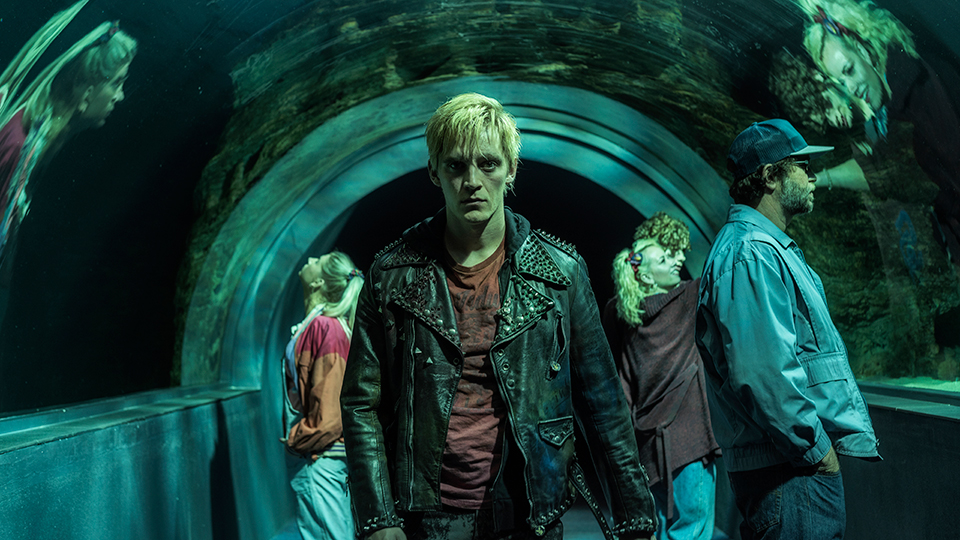 Deutschland ’83 was the highest rated foreign language drama in the history of UK television, apparently and it launched Walter Presents in the UK. Quite some achievement when you consider such highly thought of dramas like The Bridge and The Killing are. But this German show was very special indeed. And this follow-up looks equally impressive – and more.

If you want to avoid spoilers for Deutschland ’86, stop reading this article right now.

Set in 1986, obviously, Lenora Rauch (delightfully portrayed by Maria Schrader) is in South Africa. She’s negotiating an arms deal on behalf of the near bankrupt East German government in South Africa. But there’s a problem – a strike at the dockyard has held up the shipment of weapons. She reaches out to her contact in Berlin, the wonderfully named Walter Schweppenstette, in order to find out the location of her nephew, Martin (Jonas Nay) – who was exiled to Africa at the end of Deutschland ’83.

Still bitter at his treatment at the hand of the GDR, Martin – who is now teaching in Angola – is reluctant to become involved, but when Auntie Lenora promises him passage back to Germany where his young son, Max, is located, he agrees to her demands. His task is to pretend to be a West German salesman for a weapon’s manufacturer in order to convince the South African’s of the legitimacy of the goods. Having secured – fraudulently, of course – signed papers from the West German trade director, they meet with the South Africans again to try to secure a trade. Unfortunately, that meeting doesn’t go quite to plan!

Meanwhile, back in Berlin, Walter and the mother of Martin’s son, Annette Schneider, meet with a West German drug manufacturer who wants to test his latest product on the East German public. They agree and the drug is tested on elderly patients in an East German hospital.

Every little detail about this series has been superbly researched. For example, the separate lifts for whites and blacks in South Africa (shocking to consider the time this is set wasn’t that long ago), the fabulous cars (Lenora is driven around in a delicious cream Rover V8 in one scene, and in an old banger with a cage of chickens on the roof in another); the background music is wonderfully evocative of the era; and the opening credits and theme music (Major Tom by Peter Schilling) are sublime. And it looks beautiful on screen, too – the rich tones of the West Germans playing tennis in a sunny South Africa, contrasting with the pale, chain-smoking East Germans back in Berlin, suffering the ignominy of having to cow-tow to the west for scraps.

And it’s funny – very funny at times. For anyone who lived through the 80s, the cultural references (Boris Becker, Dallas, Falco, etc) are hilarious.

This really is a much-watch show. If you watch no other foreign-language drama this year, make sure you see this one. Brilliant!

Walter Presents: Deutschland ’86 is playing in full on More4 on Fridays at 9pm and it’s available via All 4 now.

Advertisement. Scroll to continue reading.
In this article:Deutschland 86, Walter Presents