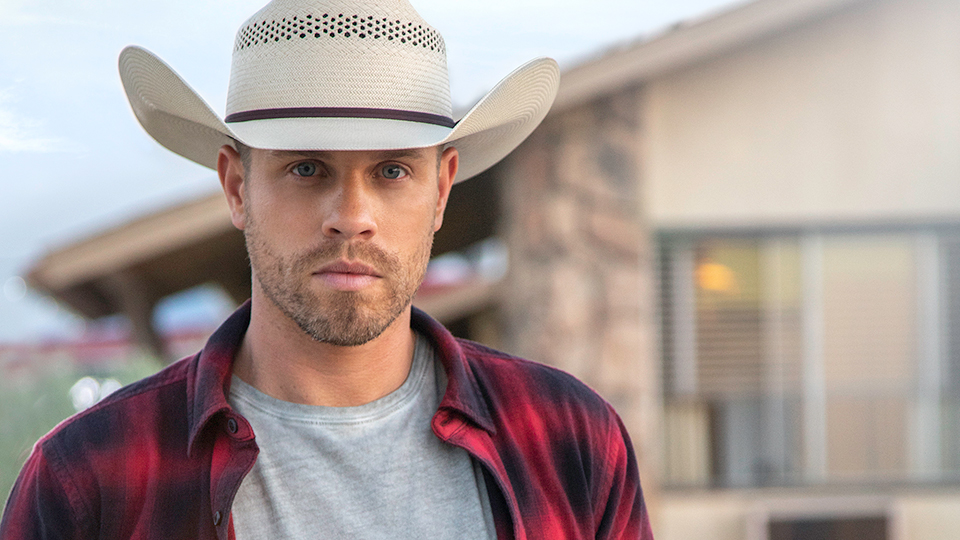 Dustin Lynch is making his London live debut tonight at C2C: Country to Country on the Main Stage inside The O2 Arena. He sat down with press before his show to talk about his music and career so far.

Lynch released his new EP Ridin’ Roads yesterday, which featured three new songs. Whether or not he’s going to be releasing an album later this year remains to be seen as he admitted he’s not too sure at the moment.

Over his career so far Lynch has achieved six number one singles and he tours relentlessly. He admitted with a laugh that his song She Cranks My Tractor is the ‘dumbest song’ he’s ever written.

“We wanted to flip the script on me and just change things up. We discovered very quickly that we enjoy it,” he commented when asked about his vlog and why he decided to create one.

Talking about his trip to the UK Dustin said, “I realised it was a pretty easy commute” and he teased that he’ll definitely be coming back in the coming months and years.

Dustin Lynch performs on the Main Stage inside The O2 Arena in London later today.