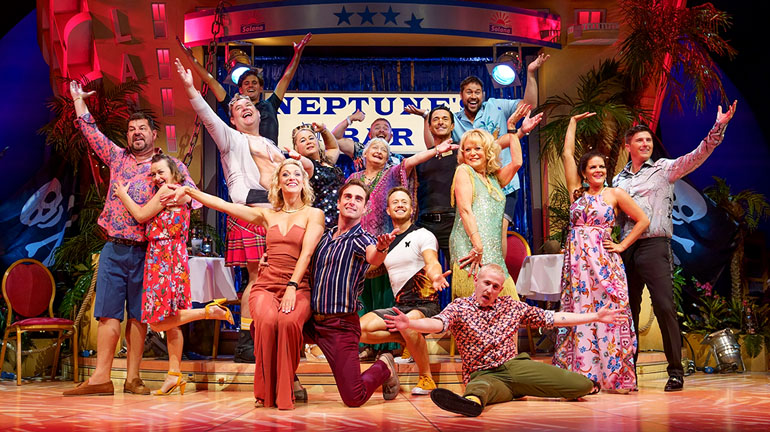 Produced for the stage by Michael Harrison and David Ian, Derren Litten has written a new set of Alicante escapades for the much-loved cast of the ITV sitcom, including Jake Canuso, Janine Duvitski, Sherrie Hewson, Shelley Longworth, Tony Maudsley and Asa Elliott.

“I’ve loved 10 years of writing my TV show Benidorm, but despite a successful writing career, I’m first and foremost a performer so have always been secretly frustrated I couldn’t hear the audience’s laughter,” explains Litten.

“This national tour of Benidorm Live will not only make a long-lasting dream come true but will also mean I no longer have to stand in strangers gardens listening at their windows at 9 o’clock on cold winter evenings!”

The smash hit comedy now celebrates a decade of all-inclusive hilarity, having followed the ensemble cast of holiday makers and staff for 10 series since its first broadcast in 2007. Benidorm has received two National Television Awards, a TV Quick Award and nominations at the British Comedy Awards and BAFTAs.

Benidorm Live is at Leeds Grand Theatre from Tuesday 18th to Saturday 23rd March 2019. Book online at leedsgrandtheatre.com or call Box Office on 0844 848 2700