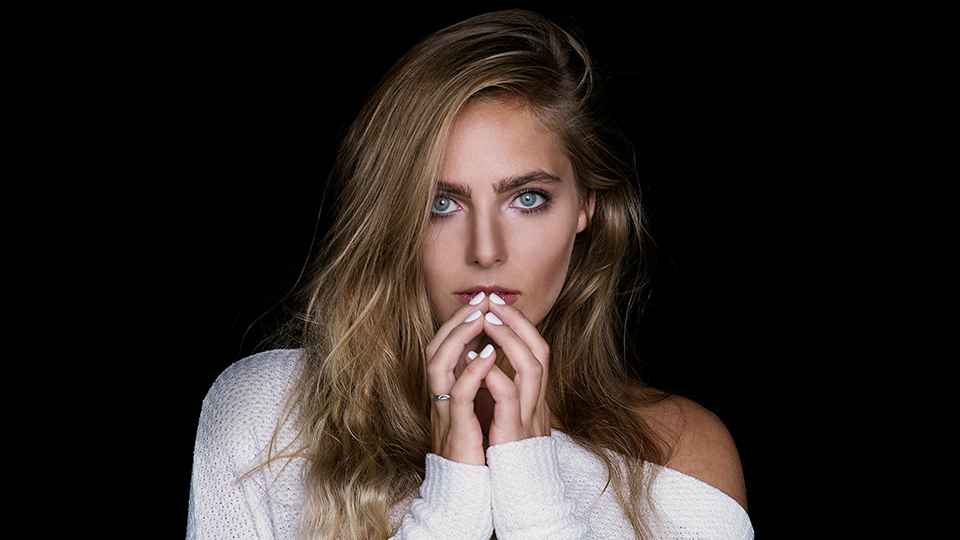 Lauren Jenkins is releasing her debut album No Saint next week and today she’s making her live debut in the UK at C2C: Country to Country. She sat down with members of the press ahead of her performance.

“I honestly didn’t know you could make a career in music so to be performing here in London is amazing,” Lauren admitted when discussing how she worked her way to a record deal.

Lauren is heavily involved in all aspects of her career, especially the creative side of what she does. “I’ve always been obsessed with storytelling,” Lauren revealed. “I left home when I was 15 because that’s the quickest I could get out and start storytelling.”

Lauren made her live debut on the piano at Greenwich Station earlier today. “There was nobody there so I jumped on it,’ she said with a laugh.

We asked Lauren why she called her debut album No Saint. “I think there’s a lot of pressure on women to meet a certain standard,” Lauren explained. “I’m not a saint so saying it and shouting it is a good thing.”

Lauren Jenkins is performing at C2C in London throughout the weekend.