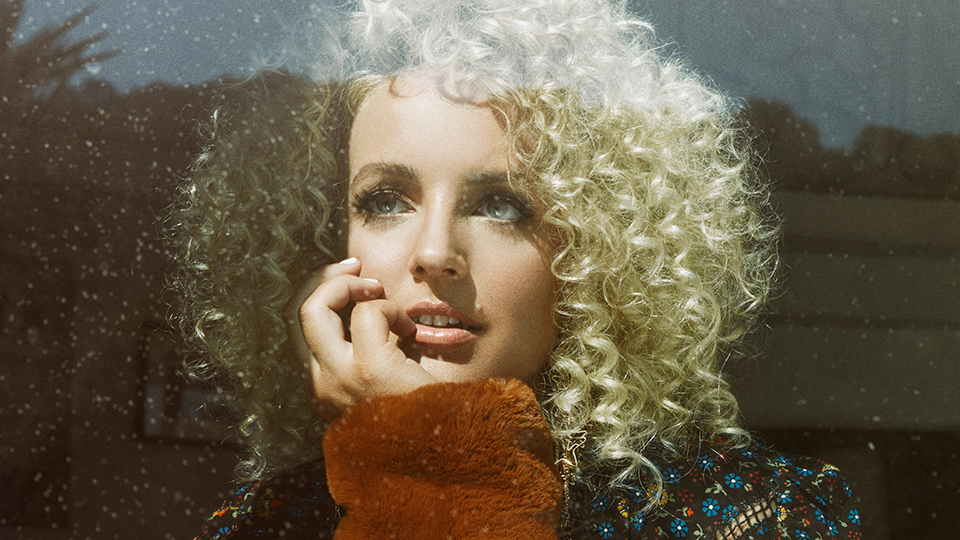 CMA Songwriters Series has rapidly become the official kick-off for C2C weekend for many UK country fans. The Nashville in-the-round style event showcases the best country songwriters – both established stars and up-and-coming acts – and is now a fixture on the C2C and Country Music Week calendars. Having sold out for the third year in a row, anticipation was high for the 2019 event, hosted by UK fan favourite Cam and featuring Jimmie Allen (fresh from his UK debut back in October) as well as songwriter Ross Copperman, alongside Travis Denning and Laura Veltz who were both making their UK debuts.

The five acts walked on stage around 8PM to huge cheers, before Cam kicked things off with her song Diane. It’s been a big hit with UK country fans and definitely got the crowd’s energy going, as well as showing off the power in her voice with its a capella intro. I was also surprised to hear the story behind the song, which was inspired by Cam wanting to write from the ‘bad guy’s point of view’ after a friend’s breakup. Learning more about the songs is one of my favourite parts of CMA Songwriters Series events, and there was plenty of that on show throughout the evening.

Sitting next to Cam was Laura Veltz, who many of the audience may not have known but who’s been behind some of the biggest hits of the last few years. She opened her round with Drunk Last Night, a song she wrote with Josh Osborne, which showed off her sweet, breathy yet smooth vocals and had a great rawness and honesty about it. Her choices were full of variety, whether that was the ‘goofy’, playful Rich (and her revelation that she is the ‘kaching kaching’ on the album version!) which brought out her soulful side or her ‘job security song’, Speechless, which she put a sultry spin on with rich, smooth vocals and some impressive notes. She also delivered the most showstopping moment of the night in the form of Live Forever, a lilting and romantic ballad that was full of conviction and had an almost spiritual feel, and had the audience absolutely spellbound.

One of the things I really love about CMA Songwriters Series shows is that the organisers have a great knack for matching artists and creating fantastic chemistry. That came not just from their admiration of each other but also their jokes and banter – running the gamut from middle-school girlfriends to UK and US politics – most of which was driven by Travis Denning. His first song, current US single After A Few, was a midtempo, regret-tinged number that showed off the growl and depth in his voice as well as some impressive guitar playing. Meanwhile, the downbeat Her World Or Mine had a bluesy, rocky vibe, and Snakes And Needles wouldn’t have sounded out of place on an Eric Church record, with its detailed lyrics, quick delivery and twangy, spiky melody. He finished with David Ashley Parker From Powder Springs, which gave him a chance to really let go and show off the belt and power in his voice (as well as telling the story about how the real David Ashley Parker ended up appearing in the song’s video!).

Much of Travis’ banter was with Jimmie Allen, who’s had a number 1 hit in the US since his last visit to the UK in October. Alongside guitarist Josh Smith, he began with the light, breezy American Heartbreaker, which allowed his soulful vocals to soar, before opting for poppy, summery single Make Me Want To (which was described as ‘sounding like a smash’). Elsewhere, the heartfelt, touching Warrior – an ode to his mum and grandma – was full of warmth and affection and saw him hit a huge note. During his final song, the passionate Best Shot, he climbed up into the top tier of the auditorium, giving fans hugs, handshakes and high fives before delivering a speech about following your dream that got him a standing ovation. He could also be seen getting lost in the music throughout, and had a relaxed, easy charm when dealing with hecklers that’s sure to have endeared him to even more fans.

Last up was Ross Copperman, who seems to have written every song on the country charts in recent memory. After chatting about getting his start in the UK, he started off with a husky rendition of Setting The World On Fire, a hit for Kenny Chesney and P!nk, which had a more subdued, yearning feel than the original. He also got the crowd clapping along to his UK-tailored version of John Cougar, John Deere, John 3:16, with its clipped vocals, whoops and yells, but his performance of Woman, Amen was where he really came alive. The song was written for his wife and he gave it an anthemic feel which was full of emotion and passion. His last song was a rockier take on another Kenny Chesney cut, Get Along, which got the crowd singing along and roar their approval as he finished with a rattling guitar flourish.

And that’s not forgetting Cam herself. As well as keeping everyone else in line as the host of the evening (and bringing UK country duo Ward Thomas out to present them with the CMA Jeff Walker Award before they performed their hit Cartwheels), she also got the chance to show off her own songwriting talents. The moving Palace was an early highlight, with her gentle, subtle delivery enhancing the song’s impact and making me tear up. My Mistake had a folky, carefree feel with a touch of defiance and new song Forgetting You When I’m Alone tugged at the heartstrings with its old-school country melody and big chorus. She closed the show with a stunning rendition of Burning House, which saw her wipe away a tear as she told the story of the song, before delivering an incredibly moving and vulnerable performance. The crowd responded to her openness by singing the last chorus solo and lighting up the room with their phones, creating a magical end to the evening.

All the previous CMA Songwriters Series events I’ve been to have been excellent, and last night’s was no exception. The two and a half hours running time flew by, and the show was full of surprises and fantastic performances – particularly from Laura Veltz and Cam – and saw the birth of a new star in Travis Denning (who I suspect will now be one of the must-sees of the festival). The five performers also seemed to genuinely like spending time in each other’s company and it felt like eavesdropping on a group of old friends – the kind of people you’d want to go for a drink with afterwards, as Travis kept suggesting everyone did. At the start of the show, Cam described it as ‘the best night of C2C’, and it’s certainly set a high bar for the rest of the weekend.