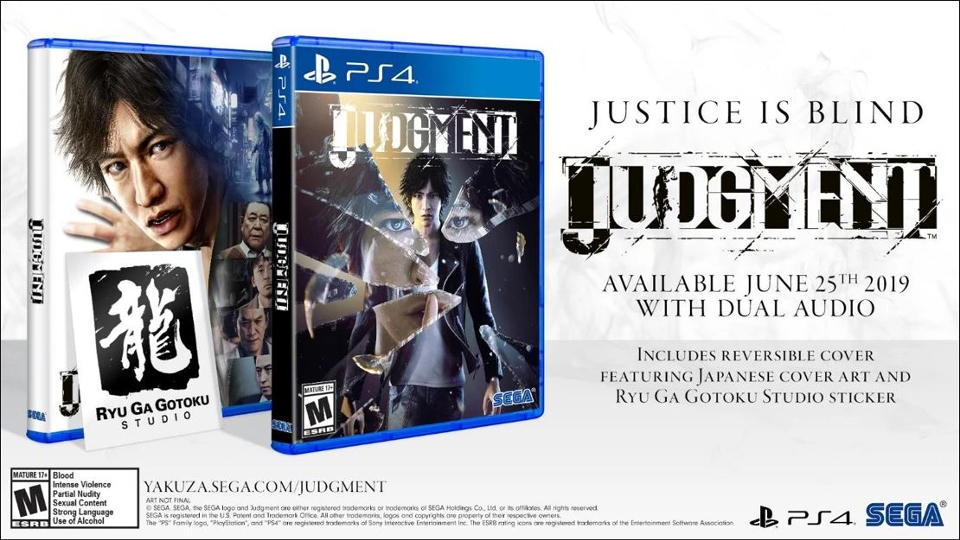 Judgment, the next title from the acclaimed Ryu Ga Gotoku Studio, will release in the West for the PS4 physically and digitally on 25th June 2019. Still haunted by the demons of his past, ex-defense-attorney-turned-private-detective Takayuki Yagami has taken on a gruesome serial murder case in Kamurocho. Get ready to search for clues, collect evidence, track down criminals and bust some heads.

Physical editions of Judgment include a reversible cover featuring the original Japanese cover art for the game, along with a Ryu Ga Gotoku Studio sticker. Players who pre-order the digital edition of Judgment will receive a static theme featuring the game’s stalwart protagonist, Takayuki Yagami, as a bonus upon checkout. Additionally, all digital pre-orders will grant early access to the full game on 21st June.

Yagami’s investigation is far from straightforward; he’ll have to use everything at his disposal to uncover the truth in this case. Get a look at just some of the tools he’ll use (including a drone, lockpicks, and the muscles of a huge former yakuza member, to name just a few) in the new features trailer below.