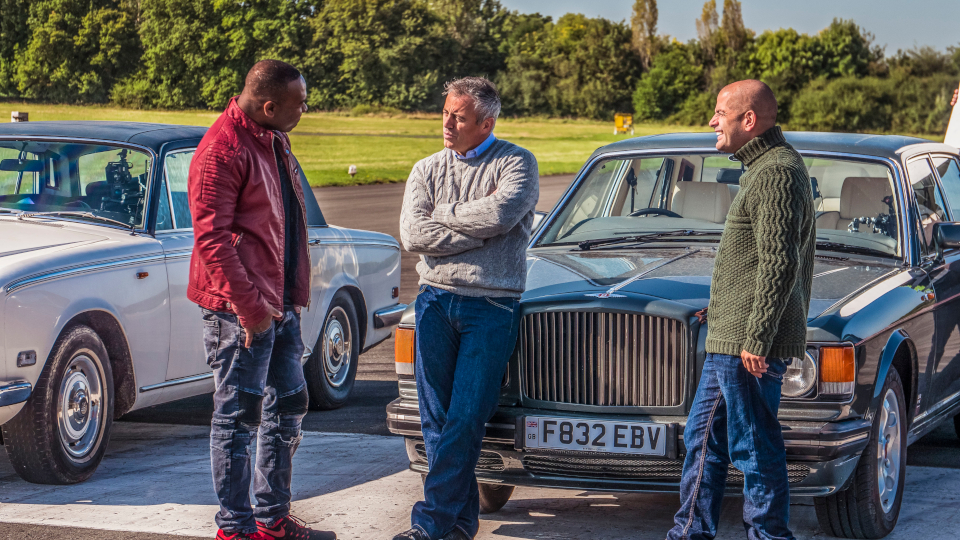 The first three episodes of this series of Top Gear have all been brilliant so far. We’ve seen the guys driving up mountains, touring Sri Lanka in Tuk Tuks and testing some amazing supercars. Episode 4 looks to deliver yet more high octane and probably some stupid antics from the guys.

In episode 4 Matt LeBlanc, Chris Harris and Rory Reid are set the task of buying luxury limousines for the same price as Britain’s cheapest new car. The boys opt for cars from Rolls-Royce, Bentley and Mercedes.

Once equipped with their vehicles the trio will have to test them by taking part in a six hour endurance race at the iconic Silverstone racetrack.

Matt Baker also makes an appearance as the studio guest.