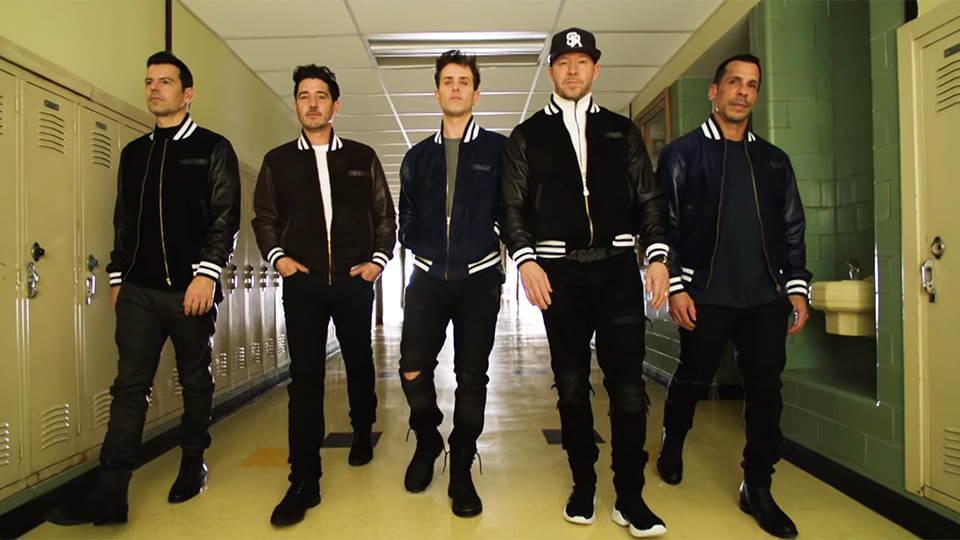 New Kids on the Block have released new track Boys In The Band (Boy Band Anthem) along with a nostalgia-filled music video.

In the video New Kids on the Block arrive as old men ready to teach a class about the history of boy bands. With N’Sync’s Lance Bass as the teacher, NKOTB go through the decades paying homage to all the boy bands that came before them and all the ones that have arrived on the scene since.

The video, directed by John Asher, features Bell Biv DeVoe, Naughty By Nature and Debbie Gibson too. Boys In The Band (Boy Band Anthem) is one of three new tracks that will feature on the upcoming 30th Anniversary Edition of NKOTB’s Hangin’ Tough, released on 8th March 2019.

The group also recently released ’80s Baby, which is also included on the Hangin’ Tough reissue.

In May NKOTB will embark on the Mixtape Tour with Salt-N-Pepa, Tiffany, Debbie Gibson and Naughty By Nature, taking in 53 dates.

Advertisement. Scroll to continue reading.
In this article:New Kids on the Block, NKOTB