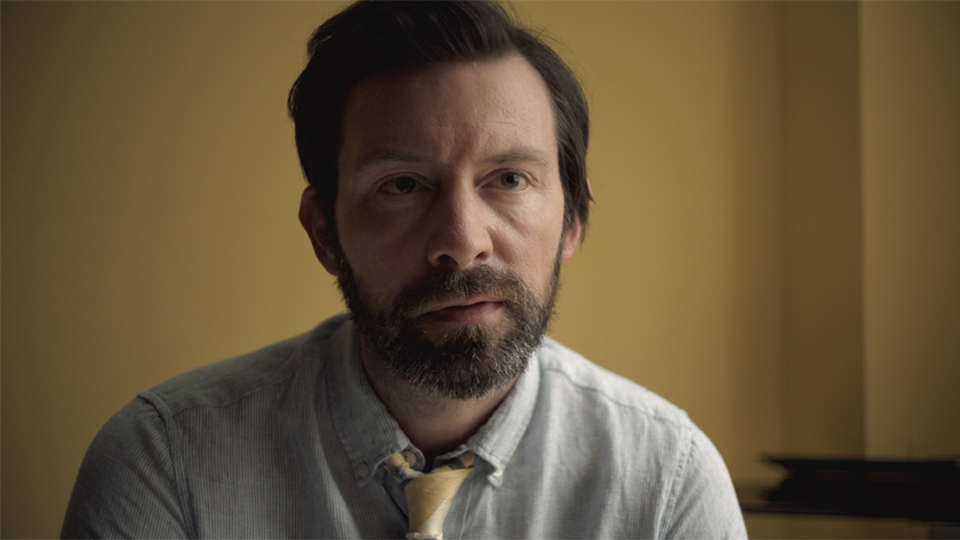 A John Doe (Jeremy Childs) is declared dead and after he’s put into storage he comes back to life. Finding his way out of the morgue, the John Doe climbs into a free bed in a psychiatric ward and is found by a nurse in a catatonic state. Dr. Daniel Forrester (Shane Carruth) is called to examine him and he keeps him under surveillance in an attempt to get some answers. When the John Doe starts talking, he tells Daniel that he’s come back from the dead and he believes he’s brought something evil with him.

The Dead Center is a slow-burning horror thriller with a split narrative. While Dr. Forrester is attempting to find out who the John Doe is and how he ended up on his ward, medical examiner Edward Graham (Bill Feehely) is searching for the missing body, unaware that the man has come back to life. The two storylines, while connected, stay separate for much of the film so the mystery is pieced together slowly from the two different perspectives.

John Doe’s arrival causes endless problems for Dr. Forrester who is already on the brink of trouble with his boss Dr. Sarah Grey (Poorna Jagannathan). He quickly becomes obsessed with the John Doe when staff and patients from the ward start turning up dead with a shocked look on their faces and their mouths wide open. As Dr. Forrester pushes the John Doe, and breaks the law in the process, his own sanity is called into question as his professional life starts to completely unravel.

Writer/director Billy Senese has clearly put a lot of care and attention into The Dead Center. The detail is quite remarkable and the cast all do fantastic jobs. You care about Dr. Forrester and, to a lesser extent, Edward as they try to figure out what’s going on and how to stop it. The film is beautifully shot with great locations and some very nice camera work.

Shane Carruth is without a doubt the star of the movie. His performance is complex and layered, as he brings out Dr. Forrester’s frustrations and convinces as a man potentially on the verge of losing his sanity. Carruth is a very expressive actor and he’s the strongest actor in the film. Jeremy Childs is also worthy of note as the John Doe. A lot of the time he has to communicate his character’s thoughts and actions with noises, and he is very, very unnerving and convincing.

The Dead Center has an intriguing premise and it will keep you hooked and wanting to find out what’s going on. The pace is slow so if you like your movies with a bit more urgency, The Dead Center is likely not for you. If you like something thought-provoking though with some genuinely scary moments, The Dead Center is a perfect choice. It doesn’t hammer you over the head trying to explain everything but it will leave you satisfied by the final scene.