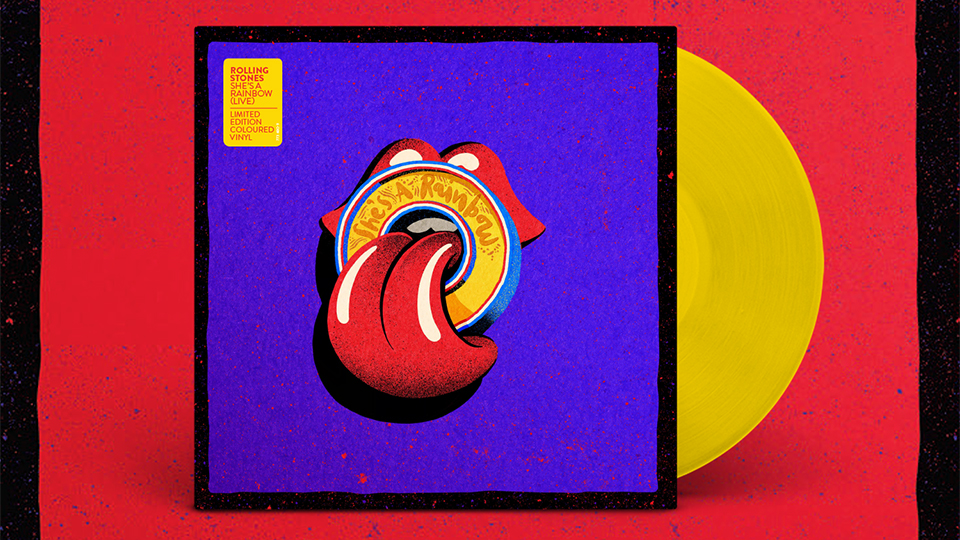 There’s another must-have release coming for Record Store Day 2019 and it’s a limited edition one from The Rolling Stones.

She’s a Rainbow (live) will be released on limited edition vinyl on 13th April 2019. The 10″ coloured vinyl is previously unreleased and it features a live version of the classic Rolling Stones track recorded at Paris’ U Arena during the band’s No Filter tour in October 2017.

It’ll be released by Polydor and you’ll need to get in quick if you want to make sure you don’t miss out.

Record Store Day is held annually and it sees over 250 independent record shops all across the UK come together to celebrate their unique culture and the art of vinyl.

Special releases are made exclusively for the day and many shops and cities host artist performances and events to mark the occasion. Thousands more shops celebrate the day around the globe in what’s become one of the biggest annual events on the music calendar.

There are plenty of releases lined up for this year including a re-release of Pink Floyd’s second album A Saucerful of Secrets and Duran Duran’s 1984 live recording As the Lights Go Down.

In this article:Record Store Day, The Rolling Stones