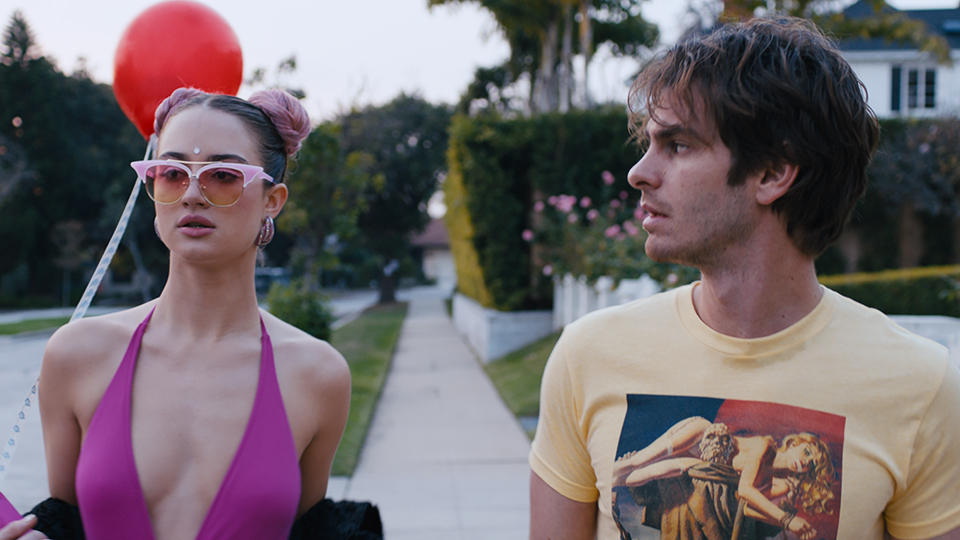 Under the Silver Lake, the new film from David Robert Mitchell (It Follows), will be released in UK cinemas on 15th March 2019.

The same day it will be available to stream exclusively on MUBI. Under the Silver Lake stars Andrew Garfield (The Amazing Spider-Man) and Riley Keough (Magic Mike).

Sam (Garfield) is a disenchanted 33-year-old who discovers a mysterious woman, Sarah (Keough) swimming in his apartment complex’s pool. When she vanishes, Sam embarks on a surreal quest across Los Angeles to decode the secret behind her disappearance, leading him into the murkiest depths of mystery, scandal, and conspiracy in the City of Angels.

The film is a delirious neo-noir fever dream about one man’s search for the truth behind the mysterious crimes, murders, and disappearances in his East L.A. neighbourhood. It’s features an atmospheric, dizzying and distinctive soundtrack by regular collaborator Disasterpeace.

Take a look at the film’s poster below:

With the film Mitchell pays homage to a rich cinematic tradition from David Lynch to Alfred Hitchcock in his distinctive signature style.

Under the Silver Lake will be released in UK cinemas and streaming exclusively on MUBI on 15th March 2019.

Advertisement. Scroll to continue reading.
In this article:Andrew Garfield, MUBI, Riley Keough, Under the Silver Lake